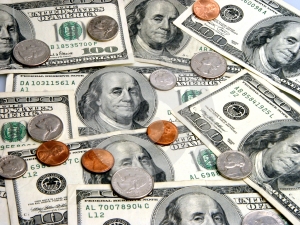 
Many, if not all, AIDS activists, science reporters and policymakers accept the San Francisco health department's quarterly AIDS surveillance reports and the death stats contained therein as the most accurate numbers of people who have died of AIDS.

But those DPH death stats, which have thankfully really declined since their height in the early 1990s when the city saw more than 2,000 die annually from AIDS, apparently aren't good enough for the gay men at the community-based Stop AIDS Project organization. Nice to see that at least for the past 2-3 years, deaths have NOT been more than the number claimed by the project.

In an effort to do was is their top priority these days, raise cash, the Stop AIDS Project's web site's opening page features an enormous dark-blue three-hundred figure and this claim:

"More than 300 San Franciscans die of AIDS-related illness every year."

And as the group has so often done in the past when manipulating HIV/AIDS numbers to either sow alarm or raise money, Stop AIDS Project officials offer no source for their 300 deaths allegation. Click on the 300 figure and you'll be whisked away to a page where you can donate money to the project.

If it's not too much trouble, this group should tell the community, and the epi experts at DPH, where they're getting their 300 stat from.

I'm sure there will be some "AIDS alarm queens" who dismiss my objections to this group exploiting, and inflating, the demise of our brothers and sisters because they believe fear and terror are good public health and HIV prevention tools. And you can be sure such alarm queens work in AIDS Inc and they need to justify their careers and salaries, most crucially at this holiday time of the year.

If a homophobic, desperate rightwing group were artificially increasing AIDS deaths in San Francisco, the better to get donations, and in effect killing more people with AIDS than are actually, and sadly, dying these days, there would be an uproar.

But because the Stop AIDS Project is viewed as part of the gay community and based in the Castro neighborhood, it is not held accountable for its shameless exploitation and deception of death figures. The project, which can't be bothered to acknowledge and praise gay men for significantly reducing and controlling new HIV infections in the past decade, in using the bogus 300-deaths stat is showing us their "death wish" for people with AIDS. Leaders of the project likely long for the bad old days when thousands of new infections and deaths were occurring annually, because it would help their fundraising efforts.

Maybe bringing some attention to their holiday "death wish" plea for money will persuade community leaders and the San Francisco media to question the Stop AIDS Project on where they get their unique stats from.
Posted by Unknown at 10:19 AM
Email ThisBlogThis!Share to TwitterShare to FacebookShare to Pinterest