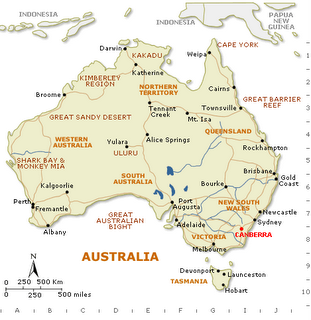 The November 26 edition of the Sydney Morning Herald used this scary headline, HIV infection rate rises to epidemic levels in gay community, for its alarming story on new stats released in anticipation of local AIDS groups marking 25 years of the HIV epidemic. Here's some of what the paper reported:

Last year in NSW, 954 people were diagnosed with HIV and nearly three-quarters of them caught the disease through homosexual contact. [...] "For gay men, HIV is a massive epidemic," Dr Prestage said. "If you are a gay man living in central Sydney, you are living with rates of HIV that are equivalent to sub-Saharan Africa."

In my web searches to verify that 954 HIV figure for New South Wales, I came across and read the Australian Bureau of Statistics' latest annual report, and the section on communicable diseases, provides these figures for recent annual new HIV infections for the entire country:

I don't know how just New South Wales can be reporting 954 new HIV infections when the stats bureau is claiming a far lower number of new infection for all of Australia.

The report also contains important caveats about the HIV stats:

"Not adjusted for multiple reporting [...] The number of HIV/AIDS diagnoses for each year may be revised over time due to late reports, updated information on exposure and testing history for reported cases, and removal of previously unrecognised duplicate diagnoses."

In other words, some of the HIV diagnoses may initially be counted two or more times, but later reduced due to better surveillance by health officials.

Following a long-term decline, the annual number of new HIV infections in Australia has gradually increased over the past five years, from 656 in 2000 to around 930 in 2005.

Now for the HIV infections for New South Wales, as reported in the 2005 NSW Department of Health's annual report, page 146:

Clearly, HIV is rising slightly in NSW, and across Australia, but I'm not sure the 954 stat for only NSW claimed by the Sydney Morning Herald, is accurate.

As many AIDS activists in San Francisco and across the USA know, we've had our HIV experts in the past make claims of sub-Saharan rates of new HIV infections, only to have the officials backtrack on the claim, not to mention data showing HIV in San Francisco was not surging upward.

This was the original scary allegation, as printed in the June 30, 2000, San Francisco Chronicle:

``We are very concerned, and we are very worried,'' said San Francisco Department of Public Health epidemiologist Dr. Willi McFarland. ``These are sub-Saharan African levels of transmission.''

And this Bay Area Reporter story from July 9, 2000, shows the backtracking:

"The 900 number is not an official DPH number. The comparison to sub-Saharan Africa is unfortunate," Dr. Willi McFarland, an epidemiologist with DPH told the Bay Area Reporter, referring to a quote he gave to the Chronicle: "These are sub-Saharan African levels of transmission."

Whenever an HIV/AIDS expert invokes sub-Saharan rates of new HIV infections among gay men, deep skepticism, and lots of verifiable HIV stats, are needed as we debate such an alarming claim.
Posted by Unknown at 9:46 AM
Email ThisBlogThis!Share to TwitterShare to FacebookShare to Pinterest