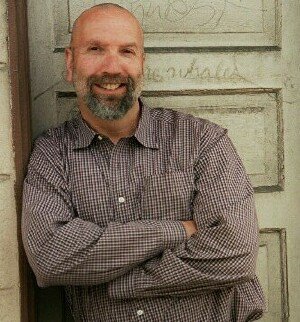 The CDC-mandated, but SF DPH-administered HIV prevention planning council, HPPC, has posted the minutes from the October meeting, at which I proposed that the council have a formal debate in the next few months about an idea originally proposed by the late gay AIDS advocate Eric Rofes, and that is a two-year moratorium from all of the HIV prevention social marketing campaigns and messages targeting gay men.

Rofes' radical idea of allowing gay men the right to a two-year time out from the campaigns is one that desperately needs debating, particularly in the city that has seen so many of the campaigns, and shameless statitistical and emotional manipulation, are waged against us by the DPH and AIDS Inc in SF, but ripple throughout the national gay communities.

The perfect venue for the debate would be the CDC/SF DPH prevention council, which may be resistant to any discussion about a moratorium because so many of the HPPC members would be put out of work if it were to be implemented, but if the smart folks on the prevention council really are interested in providing a constructive forum for the growing resistance to social marketing hitting us all the time, they will help get the dialogue underway at the council.

An interview with Rofes, where he calls for the moratorium, follows the HPPC minutes.

The minutes from Sept 14, 2006, HPPC meeting did not reflect that he held up poster [of a walking, ticking time-bomb anti-syphilis ad] distribtued and paid for by the SF DPH, and that the ad also ran in the Bay Area Reporter newspaper that was paid for by DPH. He would like the minutes to reflect this.

This month he explained his concern that HIV prevention messages targeted toward gay men tend to be violent and have been so for 25 years.

He highlighted [with enlarged blow ups of the said ads], a recent advertisement from Los Angeles' [gay community center] with the message, "HIV is a Gay Disease," and which accuses gay men of being silent about AIDS. He noted that he is investigating [if CDC] paid for this advertisement. The intention, he asserted, is to provoke the gay community.

He also highlighted an ad in 2000 [in the BAR] from the SF AIDS Foundation with the message, "Who give a F*#k?," reportedly paid for by the DPH [was designed to provoke gay men].

He then pointed out an anti-AIDS ad from Philadelphia that ran in August of this year in which a young black man is shown in a rifle's crosshairs. While the ad has been withdrawn, he suggested that it's intention was to provoke young black men into talking about HIV as if such an image was the only way to do so.

He asked the HPPC to have a discussion about the idea proposed by the late Eric Rofes who proposed a two-year moratorium from the violence found in prevention messages.

25 years of hostile HIV prevention campaigns, he suggested, is not healthy.

Here is a lengthy excerpt from Kat Couric's interview with Rofes for the To Be publication of Toronto, that appeared in its May 2, 2005, edition. I recommend you read the full interview for further insight into ways that might help gay men love each other safely:

Kat: What role does government play?

Eric: I am not sure how to answer the rest of the questions. I think more than anything we need a few years of “time out” from directive AIDS prevention work for gay men. We need to get away from all the messaging, all the marketing, all the “crises of the week” used to terrify gay men into sexual sterility (here I am talking about “new” strains of HIV, or the crisis of crystal, or the crisis of barebacking, or the crisis of low-self-esteem or any of the “second wave” of AIDS we’ve supposedly been seeing over the past 15 years).

I think gay men need time out, time on our own, to heal, to discover, and to return to a place where our sex and desires and bodies were things of joy and excitement, and pleasure and intense spiritual connection.

Frankly, many of us have forged our own “time out” from all of the violence sent down to us by AIDS prevention. Many gay men do their very best to avoid the messaging, avoid the social marketing, avoid getting caught up in the drama of crisis about our sex. Many others have turned to substances to provide us with a time out from the dissonance.

I think one of the appeals of the circuit and of massive party weekends such as International Mr. Leather or Gay Pride is that one can take a time out from all of the intense marketing and messaging we receive in our everyday lives about what it means to be a gay man, what our sex should be like, what rights we should have or not have…

What effects does the colonization of bodies and desires have on a people when it is allowed to go on for 25 years? Stop already. Stop the madness. Stop the manipulation. Stop telling us things that we know are lies (“condoms are fun!” “drugs are bad!”). Give us a time-out to heal.

Kat: And what about social marketing?

Instead social-marketing has become the primary way well-intentioned public health leaders have attempted to colonize the bodies and desires of gay men. To their credit, gay men have rebelled, resisted, and developed our own sex cultures and sex values that are quite contrary to most social marketing values.

It’s the difference between abstinence only (“use a condom every time”) and harm reduction (providing people with information and trusting them to move forward on their own volition). I’ll stop there.

Eric may have passed away, but his ideas live on and resonate.
Posted by Unknown at 2:00 PM
Email ThisBlogThis!Share to TwitterShare to FacebookShare to Pinterest