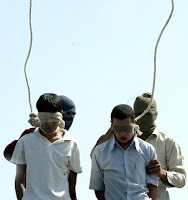 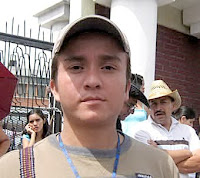 On March 7, an important milestone in global lesbian, gay, bisexual, transgender and intersex human rights will occur: the United Nations Human Rights Council will discuss hate-motivated crimes against us.

We have gathered signatures from LGBTI persons from every continent in order to show solidarity within our movement, and to publicize the UN debate this week.

Please share this announcement, text of the letter and signatories with your social networks, as well as friends and family, local media and blogger contacts. Take an active role in promoting the March 7 debate. Bring important global visibility to the beatings and killings of our brothers and sisters.

Anyone wishing to add their name, occupation or name of a group they belong to, city and country of where they live, please use the comment section or send an email to: MPetrelis@aol.com.

And be sure to watch on March 7 when the UN hears testimony about some of the human rights violations LGBTI persons want addressed by the international organization.

Thanks for your support and solidarity!

We are a diverse coalition of global lesbian, gay, bisexual, transgender and intersex activists coming together to promote an important United Nation Human Rights Council panel meeting in Geneva, Switzerland, on March 7th.

The English version of the report can be read here:
http://www2.ohchr.org/english/bodies/hrcouncil/docs/19session/A.HRC.19.41_en.pdf.

We applaud the UN for releasing this document, promising to follow up on the disturbing findings and conclusions, and calling on governments to honor their commitments under international treaties to protect the human rights of LGBTI persons.

This UN report is to be presented to the Human Rights Council on March 7 with a panel discussion to address the findings in a respectful and transparent manner, and an emphasis placed on appropriate implementation of protections for LGBTI persons everywhere. The panel represents the first time the Council offers focused attention on understanding human rights, gender identity and sexual orientation.

According to Gay Star News, the debate starts at 12pm and runs to 3pm central European time. That means it can be watched live beginning at 5am in Tegucigalpa, 6am in New York, 11am in London, 1 pm in Johannesburg and Istanbul, 8pm in Tokyo, and 10pm in Sydney. The debate will also be archived.

To confirm the precise schedule, which might evolve, keep checking the Program of Work, available here: http://www2.ohchr.org/english/bodies/hrcouncil/19session/ .

We urge all of our friends, neighbors, social networks, families, lawmakers, non-governmental organizations, mainstream press, LGBTI bloggers and activists to spread the word about the March 7 panel and to organize "viewing parties".

As the UN Human Rights Council prepares for the historic March 7 discussion, we vow to use this important development to urge the UN to do even more: to respond with policies that decrease violence perpetrated against persons based on their sexual orientation or gender identity.

Posted by Unknown at 9:08 PM
Email ThisBlogThis!Share to TwitterShare to FacebookShare to Pinterest

The pictures you assembled are quite moving. They make the case more than any petition.