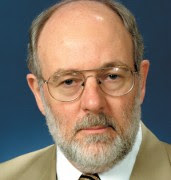 Sydney Star Observer:
Australia Raises Iraqi Gay Killings
The Obama administration and Secretary of State Clinton might consider following the courageous example of the Australian government regarding the murder and torture of gays in Iraq.

From Tuesday's edition of the gay newspaper the Sydney Star Observer:

The Rudd Government has sought answers to claims that 25 men and boys were killed in anti-gay attacks in Baghdad in the last month.

“Concerned by media reports that homosexual men have been the target of violence and extra-judicial killings in Iraq, officials in Canberra have raised these concerns with the Iraqi Ambassador to Australia [Ghanim Al Shibli],” a spokeswoman for the Department of Foreign Affairs said.

“Australia is a principled advocate of human rights for all and supported the statement on discrimination on the basis of sexual orientation at the 63rd United Nations General Assembly on 18 December 2008.”

A big salute of thanks to the Sydney Star Observer for covering this story and to the Australians and their government, for not remaining silent.