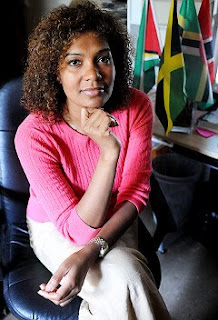 If you live in the New York City area, you have the opportunity tonight to see an important new documentary about the lives of LGBT Jamaicans and the violence they face. My boycott colleague Wayne Besen has seen footage from the film, and recommends that everyone interested in the Jamaican gay community and the boycott of Jamaican liquor and tourism see the documentary.

Here's the info on this evening's event:

Taboo...Yardies is a documentary exploring homophobia in Jamaica, giving a voice to Jamaicans (Yardies) to discuss the violence against the lesbian, gay, bisexual and transgender (LGBT) community.

Unashamedly in support of human rights and against the violence being advocated and perpetrated against LGBT Jamaicans, the film hopes to spur open and honest conversation and to promote respect and tolerance for all people regardless of sexual orientation. The short version of this film will be screened at this event.

Open to the Public. Admission is Free.

Sponsored by the LGBT Community of the General Theological Seminary

Posted by Unknown at 10:59 AM
Email ThisBlogThis!Share to TwitterShare to FacebookShare to Pinterest