My cineaste gene is twitching with excitement over two film series unspooling this weekend on both sides of the Bay Bridge.

First up is the San Francisco Film Society's annual New Italian Cinema series at the Clay Theater, on now and concluding on Sunday night. Click here for the full list of what's playing and when. Three films are of keen interest.

There's the three-hour-plus historical costume drama "We Believed" and it is full of political and philosophical intrigue about Italy's path to independence. It screens on Saturday, November 16 at 12:15 pm.

Italy's submission for the best foreign language Oscar, directed by a rising star on the international film scene, Paolo Sorrentino, "The Great Beauty", pictured. I saw Sorrentino's previous film starring Sean Penn, "This Must Be The Place", and while he delivered an enjoyable performance and the director's talent was fully on display, it was a narrative mess in the second half but well worth my time.

"The Great Beauty" plays on Sunday, November 17 at 6:00 pm, and the program note details some of the pleasures in store for viewers:

"I wanted to be the king of the high life,” says Roman writer Jep Gambardella, and he’s mostly succeeded. [...] But after 65 years, he finds himself looking for more meaning than “la dolce vita” supplies. Considering old loves while embarking on new affairs, Jep is the viewer’s world-weary guide to the Dionysian offerings of Rome. Employing elegant cinematography and a brilliantly wide-ranging score, director Paolo Sorrentino has created a phantasmagoric feast for the senses, a tribute to the Eternal City that will surely have a long life of its own.
After that film, Sorrentino's first film "One Man Up" plays at 9:30 pm on Sunday. What's it about?

"[An] aging crooner, cokehead and lothario, frequently bedding women younger than his daughter. When he’s caught with an underage girl, his career hits the skids. In a parallel plotline, another man with the same name (unrelated and ten years younger) finds his soccer career squashed by an untimely injury." 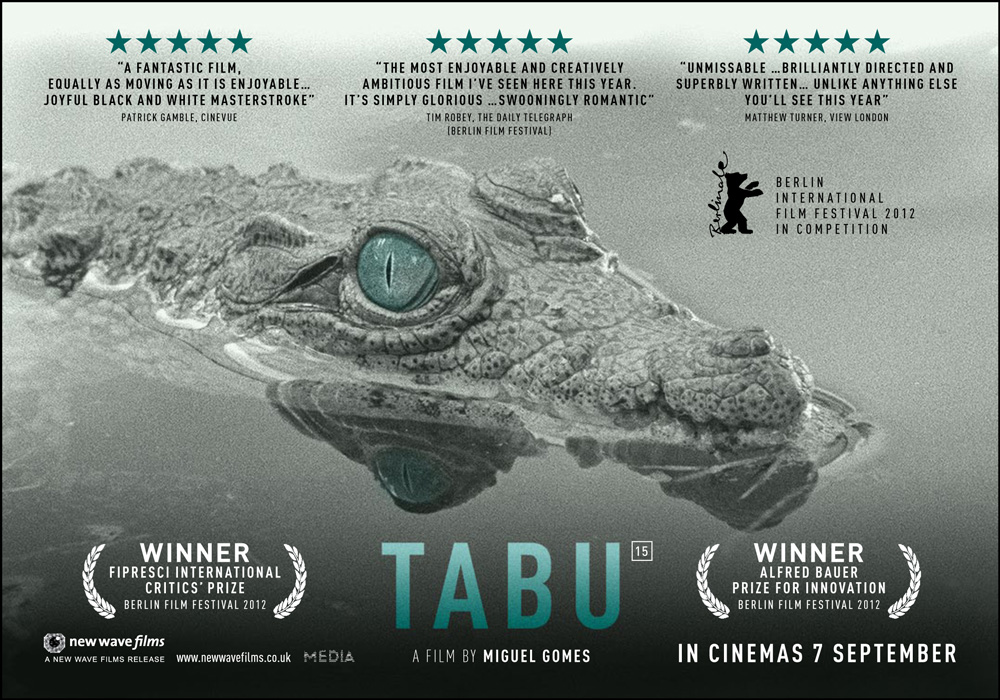 Across the bay, the Pacific Film Archive continues its New Portuguese Cinema survey over the weekend, and I hope to catch the two films playing on Saturday, starting with Miguel Gomes' 2012 film "Tabu" at 6:00 pm. From the PFA calendar:

This mysterious work shifts from modern-day Lisbon to a Portuguese colony in Africa in the 1960s, from life lived to life remembered. “One of the most original and inventive—as well as trenchantly political and painfully romantic—movies of recent years” (Richard Brody, The New Yorker).

Then at 8:30 pm "The Last Time I Saw Macao" screens. Co-directed by out gay filmmaker João Pedro Rodrigues and João Rui Guerra da Mata who refer to their collaboration thus:

[A] genre-shifting tribute to both multicultural Macao and Josef von Sternberg’s 1952 film Macao as “an investigation disguised as a film noir.” Guerra da Mata’s childhood memories of growing up in the former Portuguese colony intersect with Rodrigues’s recollections of the East drawn from cinematic and literary references, resulting in a stunning essay film.

Rodrigues will be present for a conversation with local movie critic Johnny Ray Huston. And what's on your film-going card this weekend?
Posted by Unknown at 12:27 PM
Email ThisBlogThis!Share to TwitterShare to FacebookShare to Pinterest