SF City Attorney Paid Griffin How Much as His Prop 8 Adviser?

Let's follow the money that flowed from Dennis Herrera to Chad Griffin in 2008 as the Prop 8 campaign drew to a close.

Becker omits the name of the committee, but a Google search turned up that info which appeared in a November 2011 story by Matthew S. Bajko in the Bay Area Reporter:

"I thought it would be a good continuation to continue in the political realm what I had done in the legal realm and stay in the forefront of the battle for same-sex marriage in California," Herrera told the Bay Area Reporter in a [2008] interview.

As his primary campaign consultant Herrera hired the firm Griffin Schake, led by principals Chad Griffin and Kristina Schake. One of their main tasks was to reach out to donors who may not have seen marriage equality as a cause to support. 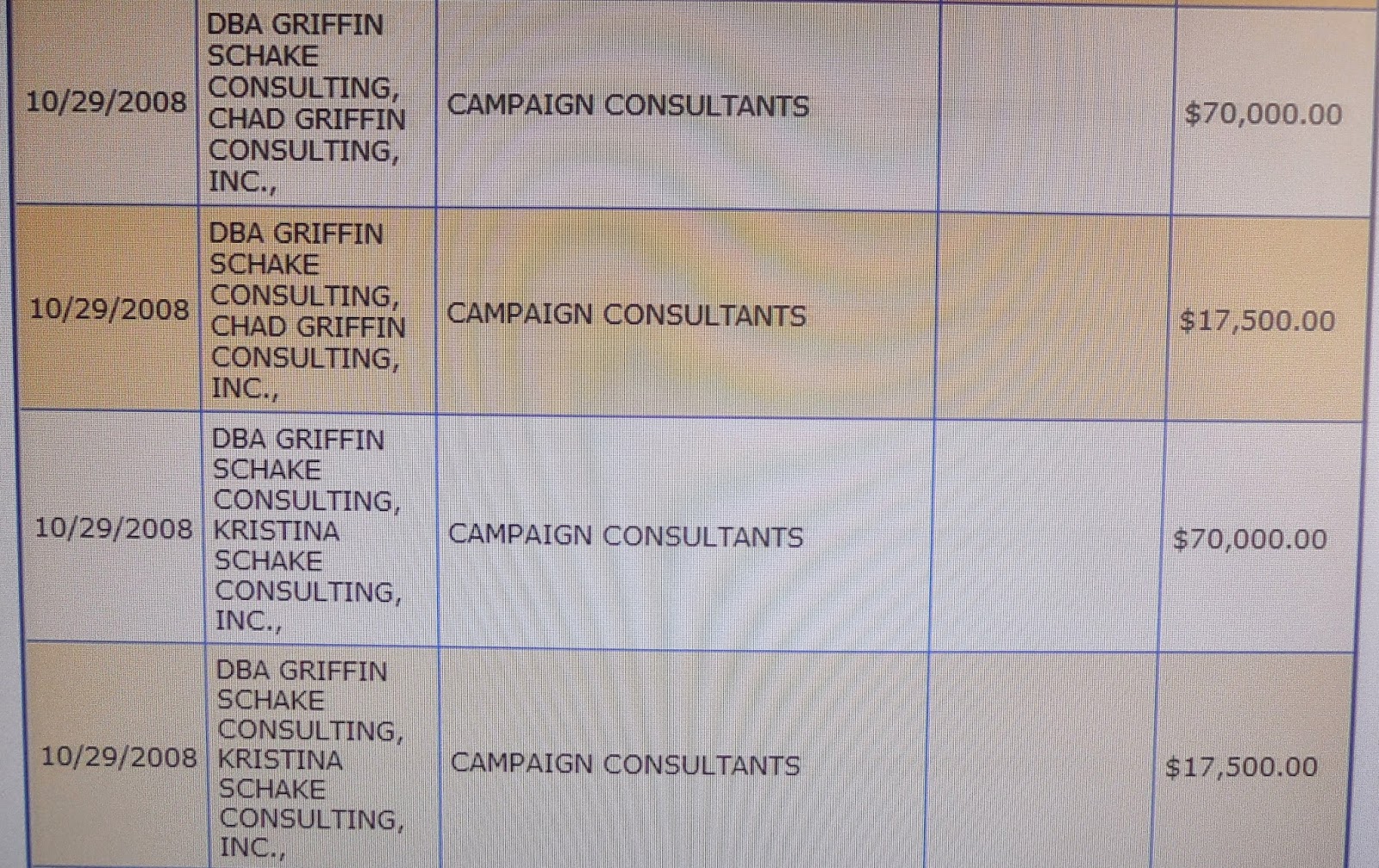 How much did Herrera pay Griffin and Schake? The answer comes from a filing by Californians Against Eliminating Basic Rights with the California Secretary of State: $175,000.

There is quite a tangled web here among the key players in Becker's book and we need more transparency about the inter-connections and all that money raised and spent.
Posted by Unknown at 2:22 PM
Email ThisBlogThis!Share to TwitterShare to FacebookShare to Pinterest