The Human Rights Campaign recently announced a new public relations effort in three Southern states, Alabama, Arkansas and Mississippi, called Project One America and I checked out some aspects of it and find it to be nothing more than the group putting forward spin and remarkably little substance.

Have they built a specific program for each state? Their page for the Magnolia State is vague:

Human Rights Campaign fights for LGBT equality in Mississippi alongside state and local groups and lawmakers. In an unprecedented effort to bring equality to Mississippi, HRC has just announced Project One America [...]

For the Yellowhammer State, the page claims:

Human Rights Campaign fights for LGBT equality in Alabama alongside state and local groups and lawmakers. In an unprecedented effort to bring equality to Alabama, HRC has just announced Project One America [...]

Guess what their page says for the Natural State:

Human Rights Campaign fights for LGBT equality in Arkansas alongside state and local groups and lawmakers. In an unprecedented effort to bring equality to Arkansas, HRC has announced Project One America [...]

If anyone knows precisely what HRC will actually do at the state level that is tailored specifically to each state, heck, how about a road map for the entire project, please clue me in. Details are seriously lacking from the group.

There is a professionally produced video component to the program and I heartily give HRC credit for its diverse racial mix of folks featured, there are hefty and slender LGBT people, and the optimism of the speakers is beautiful to experience.

However, not one person's surname is included. Everyone is identified only by the first name. There are no images of LGBT Southerners engaged in displays of affection. No smooching or kissing even among the long-term lesbian couples, even in their own homes or on their front porches.

Why are the surnames omitted and why couldn't HRC include people warmly embracing each other?

Let's now turn to a Southerner with a last name offering insight about HRC's program. Michael Hansen is a gay male leader and recently launched the One Alabama site and he sheds much light on a few issues in an open letter Chad Griffin, whom Jo Becker deigned as the gay Rosa Parks in her "Forcing the Spring" book. Hansen opines:

I recently served on the board of the statewide organization Equality Alabama for a year. I resigned in March due to irreconcilable differences between myself and the [all white male] executive officers on issues of race, gender, poverty, privilege and perception. [...] I became distraught this year, when it was clear the organization’s newly elected executive officers weren’t receptive to debate and conversation about power, privilege and diversity (in both leadership and programs).

[I hope] your staff will focus on grassroots organizing and storytelling, and not on exclusive fundraisers, galas and other events that will alienate the great many Alabamians who are transgender, low-income, minorities, immigrants and queer.

Who helped lay the groundwork for the HRC effort in Alabama? Hansen's caption for the photo provides an answer:

In December 2013, HRC staff came to Birmingham to talk about strategy and long-term goals with Equality Alabama’s board of directors and Rep. Patricia Todd. HRC’s staff are good folks who know what they’re doing. I hope they see all the white faces in this picture and see it as a call to bring more diversity to the table. 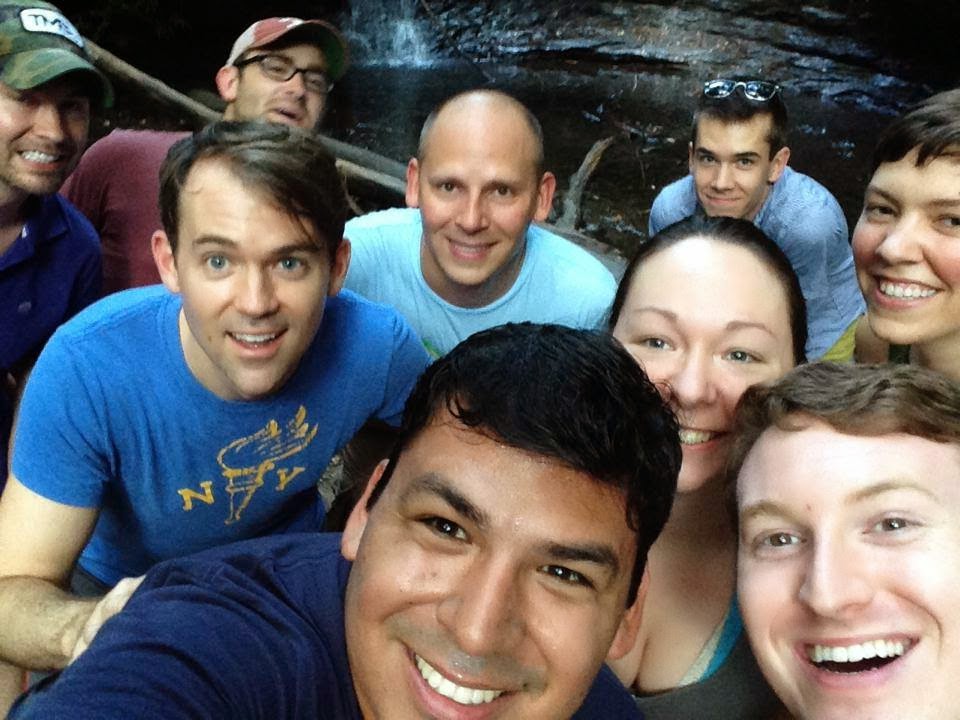 Over at the About Us page of Equality Alabama is where I found this photo of the board, which has not diversified racially since that HRC dinner in December.

If Southern LGBT people in the three states targeted by HRC expect true change in their lives as gays, they should a backup plan just in case the HRC Project One America and its promise to "dramatically expand" just doesn't work out.
Posted by Unknown at 10:43 PM
Email ThisBlogThis!Share to TwitterShare to FacebookShare to Pinterest