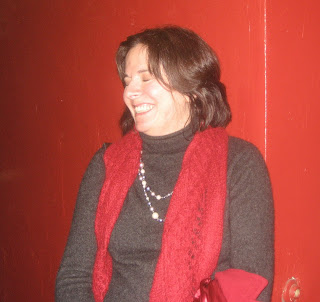 About three years ago, Laura Truffaut, one of Francois Truffaut's daughters who lives in Berkeley, spoke after a screening of her father's classic film "The Wild Child" at the Opera Plaza Cinema. It had been newly restored and was beginning a successful limited run back in theaters.

The screening was packed, with maybe a third of audience comprised of film buffs under thirty, and Laura shared behind-the-scenes tales of the making of "The Wild Child" and its cultural impact in France when first released. The young film buffs showed off their knowledge of Truffaut's body of work, asking terrific questions about his career.

I asked Laura if she thought necessary to start a foundation dedicated to preserving, restoring and exhibiting her father's films, along the lines of what the Rainer Werner Fassbinder and Pier Paolo Pasolini foundations were doing. I said such a foundation might help get more Truffaut films shown theatrically again, especially "The Bride Wore Black", which I'd only seen once but wanted to see again on the big screen.

She didn't think a Truffaut foundation was needed because enough of his work continues to be shown at rep houses and film archives. Regarding "The Bride Wore Black", she said it wasn't a film her father was very satisfied with. 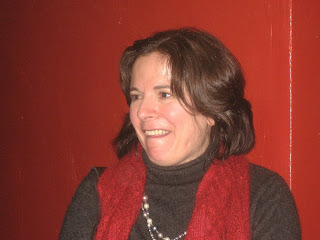 Thanks to Laura's engaging conversation, the audience experienced a most entertaining conversation exploring the joys Truffaut's many terrific films and how he made them.

This Friday, the San Francisco Film Society begins a five-day run of a new print of "The Bride Wore Black" at their theatre in Japantown, and Laura will be at the 7 pm screening to introduce the film. Joining her will be Eddie Muller of the Film Noir Foundation.

Truffaut's homage to Alfred Hitchcock didn't receive a warm reception from either critics or audience, and when I saw it at New York's old Thalia Theatre it left me unimpressed and wondering why it was a misfire for the director. I'm thankful to have another opportunity to see this film on the big screen with an audience and hope to make it to the 7 pm showing tomorrow night.

Click here for more information on showtimes and tickets at the San Francisco Film Society Cinema, located at 1746 Post Street near Webster. Here's the original trailer for "The Bride Wore Black":

Finally, in other Truffaut news today from San Francisco, the Castro Theatre today is showing two of his other films from the early 1960s, "The Soft Skin" and "Shoot the Piano Player". Click here for programming notes and showtimes.

What a treat for Bay Area cineastes to have the chance to catch three Truffaut film!
Posted by Unknown at 11:13 AM
Email ThisBlogThis!Share to TwitterShare to FacebookShare to Pinterest

Such a great article it was which the screening was packed, with maybe a third of audience comprised of film buffs under thirty, and Laura shared behind-the-scenes tales of the making of The Wild Child and its cultural impact in France when first released. In which the young film buffs showed off their knowledge of Truffaut's body of work, asking terrific questions about his career. Thanks for sharing this article.