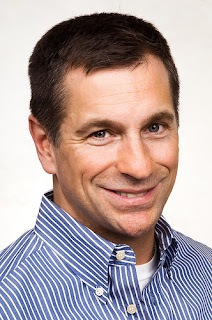 After four anti-gay-bullying suicides this month, and a broken arm suffered by a male cheerleader who was also subjected to bullying, America's Safe School Czar Kevin Jennings, who seems to be afflicted with Mute Gay Obama Appointee Syndrome, will end his silence on the tragic deaths and assaults. White House gay liaison Brian Bond, another appointee from the Gay Inc Democratic world, suffers the same syndrome.

With gay or questioning kids enduring verbal and physical abuse at school, and some school administrators ignoring the problems, and too many schools hostile environments for gays, I would think a school would be the best location for Jennings to break his silence, but he and his Education Department bosses see things differently. 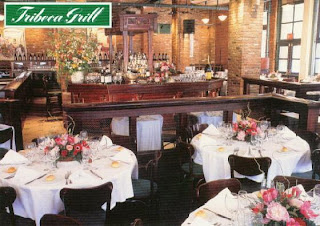 He speaks tomorrow in public at a Manhattan restaurant. From ED.go:

Kevin Jennings, assistant deputy secretary of the U.S. Department of Education’s Office of Safe and Drug-Free Schools, will discuss bullying and what parents and educators can do to stop it during his address to community leaders at the YMCA of Greater New York’s annual Legislative Breakfast. [...] The breakfast will take place at 8 a.m. Friday, Oct. 1, at Tribeca Grill, 375 Greenwich St., New York City. Jack Lund, CEO of the YMCA of Greater New York, will join Jennings.

Why bother going to an actual school where the bullies and gay kids attend classes, and use such an institution as a symbolic location, to really drive home a message? The Tribeca Grill is owned by a roster of celebrities headed by Robert De Niro and is not where the bullying problem exists.

And despite promising his and Jennings' former org GLSEN, the Gay, Lesbian and Straight Education Network, would have a joint statement ready to go today, spokesperson Daryl Presgraves has posted no such statement on their site, as of 11 am PST.

However, at GLSEN's Twitter page, and that of the executive director Eliza Byard, the following 24-word comment has been posted:


Amist [sic] tragic news, visible support is critical to LGBT student well-being. Thank you to school staff who are there for students every day.

What tragic news are they not spelling out for us? How about naming the victims and detailing what led to their early deaths? I'm all for that visible, and vocal, support for the bullied kids of _any_ sexual orientation, but I can't see GLSEN's, beyond this terse Twitter remark.

Shame on Jennings and GLSEN for such anemic reactions this week to the bullying suicides and attacks.
Posted by Unknown at 11:08 AM
Email ThisBlogThis!Share to TwitterShare to FacebookShare to Pinterest