Except For Two Critics,
No One Shows at HRC's SF Meeting
The Bay Area Reporter today noted that the Human Rights Campaign was holding a free, public meeting at their clothing and housewares outlet, er, action center on Castro Street tonight, so I had to check it out, just to learn more about the group's activities.
What a disappointment. Except for two critics, myself included, no one showed up. 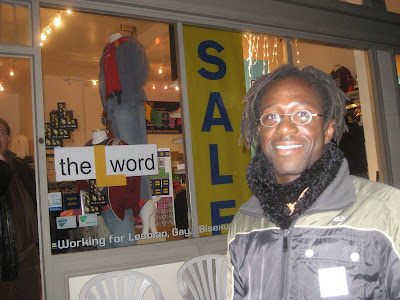 Outside stood Alice Club member and anti-racism organizer John Newsome, distributing a flyer endorsing a tranny-inclusive ENDA bill. I'd never met him before, so we chatted a bit and I took his picture. 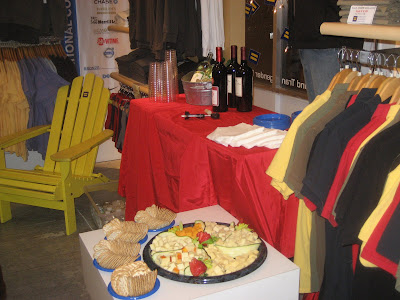 There were three local steering committee members and the store manager inside, talking quietly, very upbeat and two tables were set up with drinks and food. No costumers, no local HRC members, no reporters or community members.
"This is it?" I asked. "Where's the crowd I expected?"
The man in charge explained that no meeting was scheduled, just a regular get-together for the steering committee and locals. He was amiable enough, but I could feel everybody's eyes on me. I introduced myself and everything changed. Their dismay in learning my name was palpable.
We had a short discussion of no substance, and I stuck to one theme: HRC, with a large chunk of the community's budget for political organizing, was a disappointment. 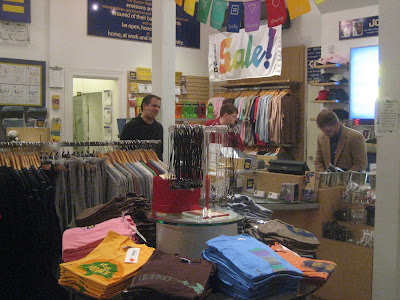 The store manager, from behind his cash register, grilled me, demanding to know what right I had to walk in and criticize HRC, and what was my agenda for helping the community in 2008. I told him to read my blog for answers.
Then I asked why he couldn't rattle off a list of HRC accomplishments from its stewardship of $24 million last year. For that kind of money, gays should have a lot to show for it. He ignored me. 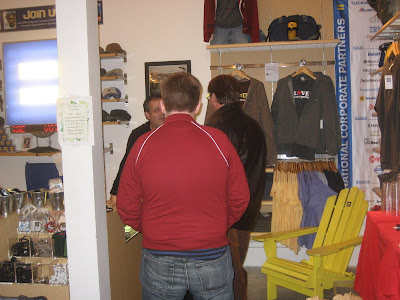 They objected when I took out my camera and started clicking away, even turning their backs to my flashing camera.
I said my blog always needs photos and people should have a look at tonight's HRC get-together in San Francisco.
In sum, even with the thousands of HRC members in San Francisco, and a plug for the event in the morning BAR, didn't attract a crowd this evening, and the HRC machine lumbers on.
Posted by Unknown at 9:38 PM
Email ThisBlogThis!Share to TwitterShare to FacebookShare to Pinterest

you need to talk about real issue that faces this country ...