Last Thursday, I made this public records request to the San Francisco Department of Public Health:


"I need the following information from SF DPH and ask that you share this request, if you're not the right person to gather the data I'm seeking. Let's get to my specifics:

"From 2005 through 2014, the cost per year paid by the department for all HIV/AIDS and hepatitis medicines, listed alphabetically if possible.

"Is the department tracking annual costs just for Truvada, Combivir, Sovaldi, etc, as I would hope?

"I'd like to learn which drugs are most and least distributed to patients, see fluctuations or patterns of what patients are taking exact costs of each drug that is paid for by the department." 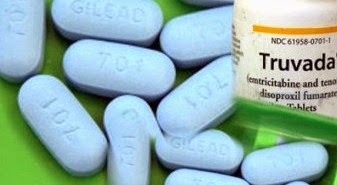 This is the response I received today from Nancy Sarieh, spokeswoman for DPH:

"The information you are requesting is not available. Fulfilling your public records request would require developing a custom report from our pharmacy drug distributor for each of the DPH locations that purchase drugs. This custom report does not already exist."

It's surprising that our health department, often described as a leader in AIDS issues, is not tracking how much is spent annually on individual drugs.

How are we to know if Truvada prescriptions and the amount of the drug provided to DPH clients is up, down or stable? Should we have such data on not just HIV and hepatitis drugs, but all drugs purchased by DPH with tax dollars?

I would think such data would assist epidemiologists, public health officials and HIV prevention groups in myriad ways. Maybe this is a matter for the HIV Prevention Planning Council to delve into at a future meeting.

Let's follow the money!
Posted by Unknown at 1:44 PM
Email ThisBlogThis!Share to TwitterShare to FacebookShare to Pinterest