51 SF Shower Sites Ready for Use by Homeless Folks?

You sure learn a lot by attending the San Francisco fire commission meetings, including that the fire department recently take care of maintenance and repairs for several shower facilities inside City-funded firehouses. 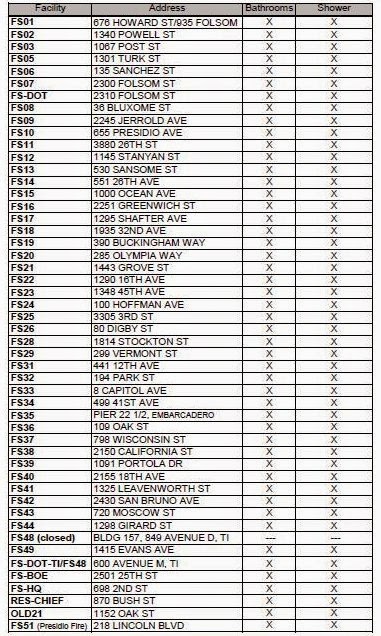 Since an exact number of SFFD shower sites wasn't provided at the commission hearing where the cost of the repairs was broached, I filed a public records request for the info. According to the department, there are approximately 51 locations with working bathrooms and showers.

I am proposing that the city consider making those taxpayer-funded facilities available to the homeless on a limited basis, for use to urinate and defecate and also regain or maintain good hygiene. We are all painfully aware of the lack of such facilities for homeless people and it's a reason why we have the homeless, and drunk bar patrons, using the streets to pee-and-poop, and they until recently tried to bathe as best as possible at the restrooms in the library's main branch.

There simply are not enough toilets and showers for public use in San Francisco and a recent article by Joshua Sabatini in the Examiner reported these facts showing one part of the need for them in at least one shelter:


"Homeless advocates [have made a] $2.2 million city funding request [that] includes such items as installation of showers in the main emergency family shelter, First Friendship."


While we wait for that request to be considered and showers potentially installed at First Friendship, let's open select firehouses around the city during restricted hours without hindering the ability of SFFD personnel to respond to emergencies.

Bevan Dufty, the Mayor's homeless czar, was asked to weigh in on this proposal and he replied:

"When I was District 8 Supervisor, I know that facilities were available at Fire Station 26 that is adjacent to Walter Haas playground. In the case of Station 26, the restroom is immediately accessible upon entry, without accessing the private quarters, and I do not know if other stations have similar configurations.

"You have asked a good question and I will work to get good answers. Certainly any opportunity should be fully explored and we will apprise you as we learn more.  City government is closed for Monday's [President's Day] holiday so we will follow up Tuesday, [Feb. 17]."

Good of him to share this info about firehouse 26 and sorry to report Bevan didn't get back to me as promised. Also asked for an opinion was head of the Department of Public Health, Barbara Garcia, who said:

"Yes, I will be working with Bevan on this." 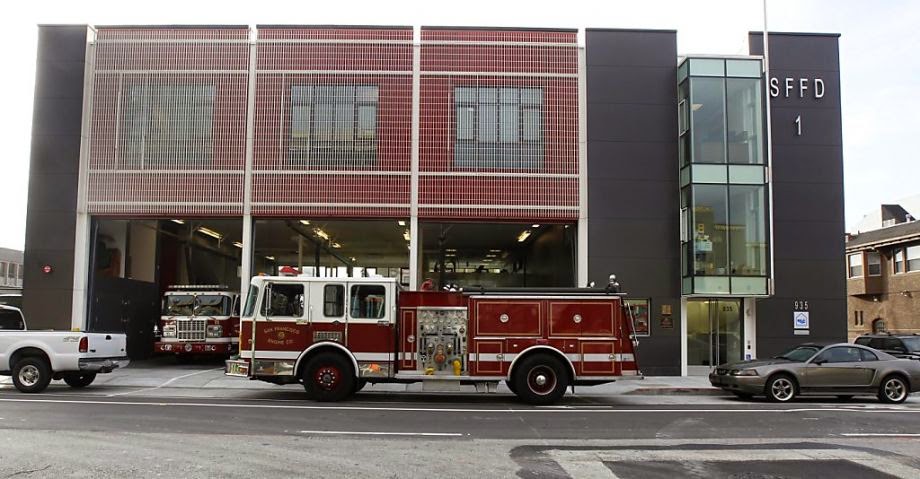 One firehouse I want to consider as a bathroom and shower facility for the homeless and other segments of the public, is firehouse 1 on Folsom between 5th and 6th Streets because it's so close to where many homeless folks live on the streets or down alleyways. This firehouse is a state-of-the-art facility opened in 2013.

Do you agree San Francisco citizens, department heads and elected officials need to debate opening firehouse bathrooms and showers to people who need them?
Posted by Unknown at 3:32 PM
Email ThisBlogThis!Share to TwitterShare to FacebookShare to Pinterest