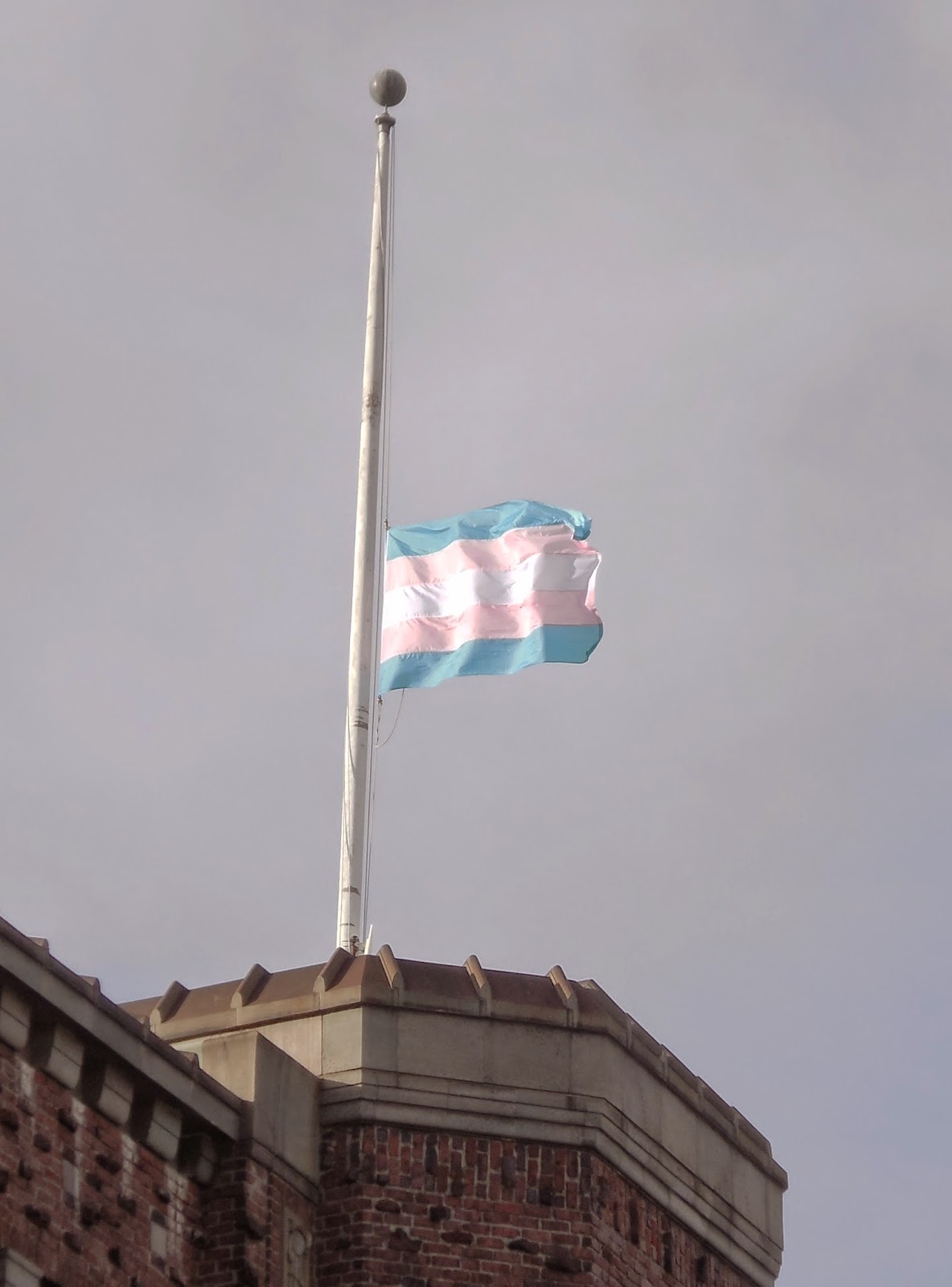 The good folks at the Kink.com studio at the Armory on Mission and 14th Street have lowered two Trans Pride Flags today.

This high visibility and solidarity action is in response to the stabbing death of transgender woman Taja Gabrielle de Jesus in the Bayview district of San Francisco.

Taja was murdered on February 1st and the alleged suspected killer was found dead hanging from a fence on February 6th.

There have been five trans women murdered so far in 2015 across America, including Taja.

At City Hall today, hundreds of transgender brothers and sisters and their allies and families staged a speak out on the steps of the entrance, conducted a die-in on the sidewalk and used public comment time at the Board of Supervisors to raise trans' concerns.

I'm grateful the transgender community's important action outside City Hall excluded members of the Board and other elected officials from hogging mike time and media oxygen, as too often happens with ego-driven politicians in San Francisco.

While Kink.com exhibits political smarts and transgender solidarity with the simple, yet powerful, act of lowering two flags, the rainbow flag at Harvey Milk Plaza was not lowered nor was the Trans Pride Flag flying.

Let's remember that Taja rests in power, her life and death were not in vain and recommit ourselves to making #TransLivesMatter reality and not just a hashtag.

Posted by Unknown at 7:25 PM
Email ThisBlogThis!Share to TwitterShare to FacebookShare to Pinterest