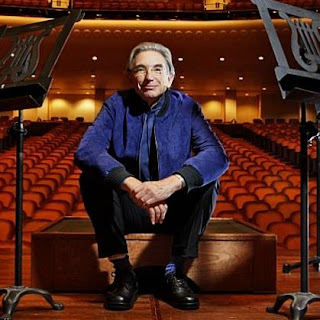 FYI, Tilson Thomas' grandparents were Russian Jewish performers who fled pogroms and settled in America. Quite a number of gay and Russian links to this concert and petition drive, in comparison to the recent vigil at the opening gala of the SF Opera.

Michael Tilson Thomas, the music director of the San Francisco Symphony and an out gay man and cultural icon, will conduct Tchaikovsky’s Piano Concerto No. 1 on September 11. A Russian composer, Peter Ilyich Tchaikovsky, was gay.

We are united in our support for Russia’s LGBT community at this time. We deplore the rise in violence against them resulting from the Russian government’s recent enactment of anti-gay propaganda laws, and the government’s oppression of human rights defenders and activists.

We are a diverse group of individuals from many backgrounds, countries, and stations in life. Some of us are singers and performers, patrons and promoters of the arts, political activists, LGBT people, straight allies and citizens of the world.

We, the undersigned, request that Michael Tilson Thomas and the San Francisco Symphony dedicate the September 11 performance to friendship and solidarity with the lesbian, gay, bisexual and transgender citizens of Russia.

This important message is posted at this Change.org link here and I hope you'll not only add your signature to the petition, but also encourage others to do the same.

Of all the symphonies in the world, San Francisco's should be a leader in creatively supporting LGBT people in Russia at appropriate performances. I'm optimistic the company will do the right thing.
Posted by Unknown at 9:10 PM
Email ThisBlogThis!Share to TwitterShare to FacebookShare to Pinterest