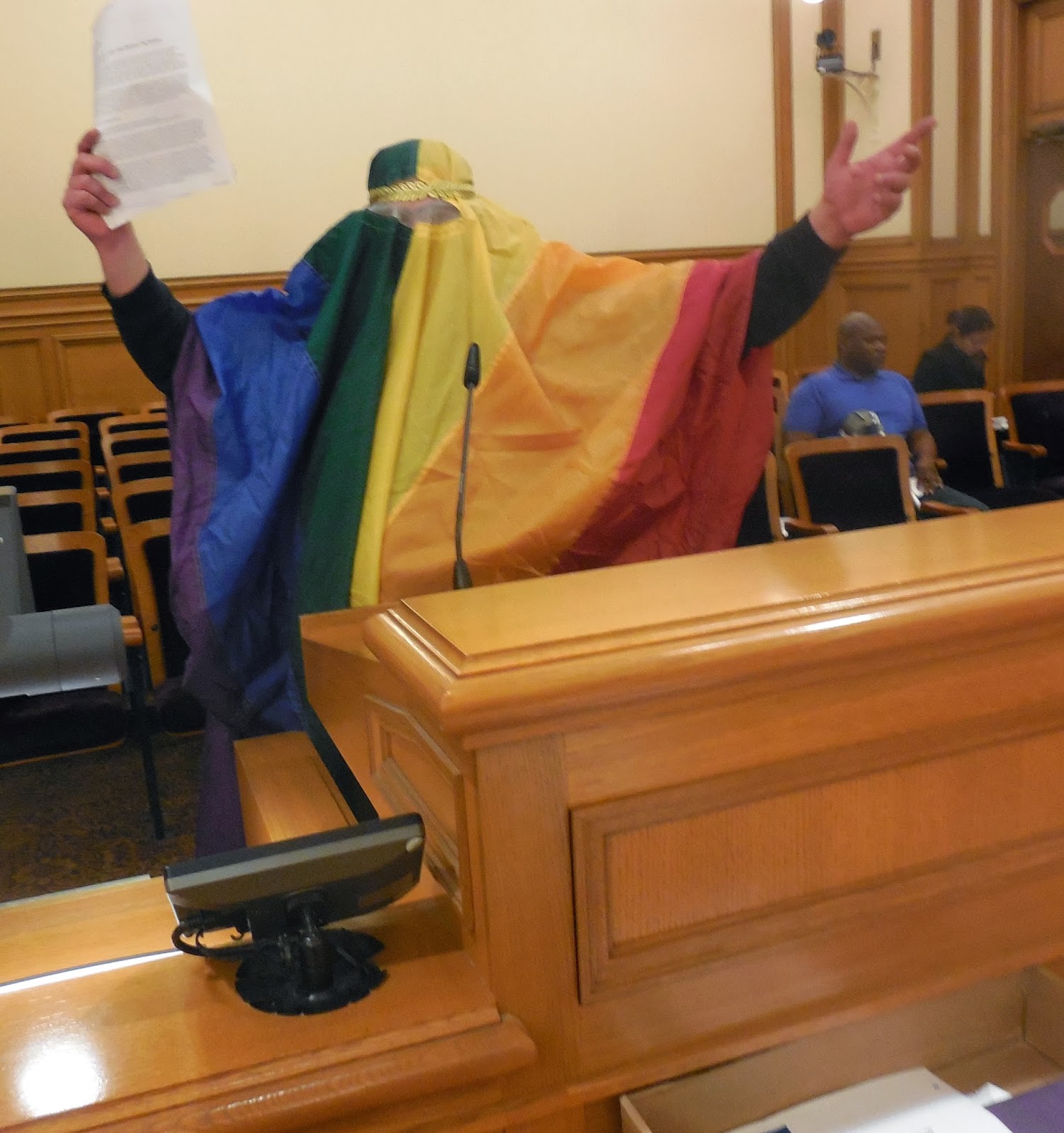 The Human Rights Commission held its monthly meeting tonight at City Hall and I used public comment time for a few purposes.

Wearing my rainbow burqa, I reminded the panel that three years ago on January 26, Ugandan gay advocate David Kato was murdered and his death led to a huge controversy over the lowering the flag at Harvey Milk Plaza, which eventually happened with the Merchants of Upper Market Castro kicking, screaming and uncooperative every step of the way.

Since January 2011, promises were made by the commission to hold a simple town hall meeting in the Castro about why MUMC controls the flag on public property and the continuing contention over it, most recently when MUMC refused to lower the flag for South African humanitarian Nelson Mandela upon his death.

The District 8 Supervisor threatened the commission's budget when he got wind of the forum idea and commissioners kowtowed to his vendetta against me.

I remarked that millions of flags around the world on public property flew at half-staff for Mandela, but not in the Castro and said shame upon the commission for failing to keep a promise for a town hall. In honor of Mandela, and so many other reasons, I requested the commissioner finally do the right and just bring the community together for a discussion in public in the Castro.

Finally, a copy of the Los Angeles Times story about the many meetings at the West Hollywood City Council regarding displaying a large rainbow flag on public land at City Hall was given to the commission tonight.

"Six meetings in a few months in WeHo, zero meetings in San Francisco in three years," I said. The commission chairman thanked me and the panel moved on to the next item on the agenda.

Do you support community control of the Harvey Milk Plaza rainbow flag? Want to see the Human Rights Commission keep the promise to hold a forum about it? Then send an email now to the commission's executive director, Theresa Sparks: theresa.sparks@sfgov.org.
Posted by Unknown at 9:59 PM
Email ThisBlogThis!Share to TwitterShare to FacebookShare to Pinterest