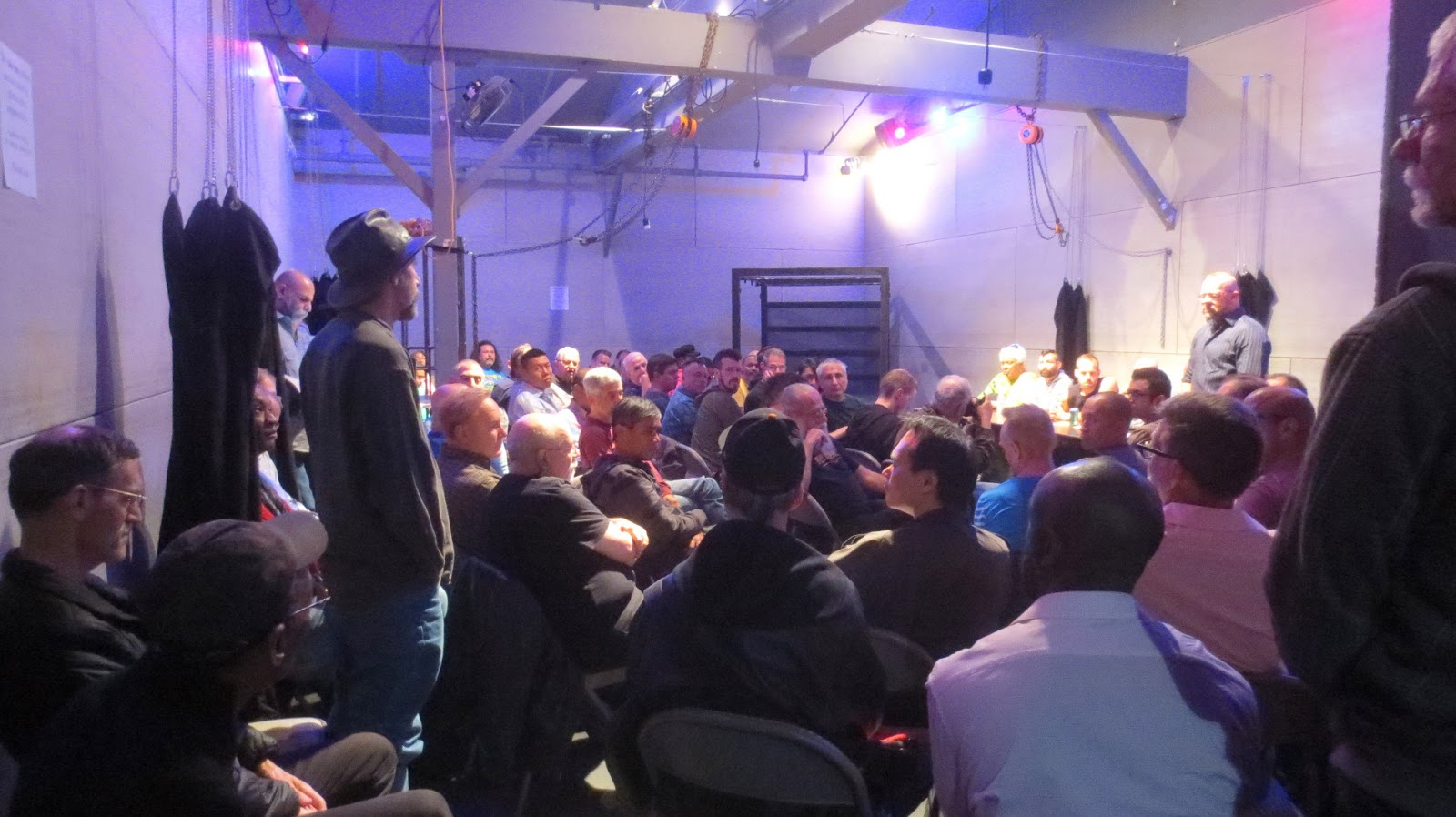 Tonight's very well-attended town hall on suicide in the gay community was held on the second floor in a small warehouse South of Market, in a large room that is a sexual play space that I had no idea existed. It seemed quite well-suited for kink sex scenes, but from where I was sitting in the back on the right side it was very difficult to hear all that was being said.

Part of the sound problem was the whir of a ventilation system and there was no mike for either the panelists or the audience to use.

The moderator Tim Vollmer stood and facilitated with enough projection to be heard. All panelists remained seated when they made their introductory remarks but only one fully projected, Veronika Fimbres, and most of what Race Bannon said could be clearly heard. Veronika was great in asking all members of the audience who wanted to speak to stand up. Vollmet asked folks to also introduce themselves. 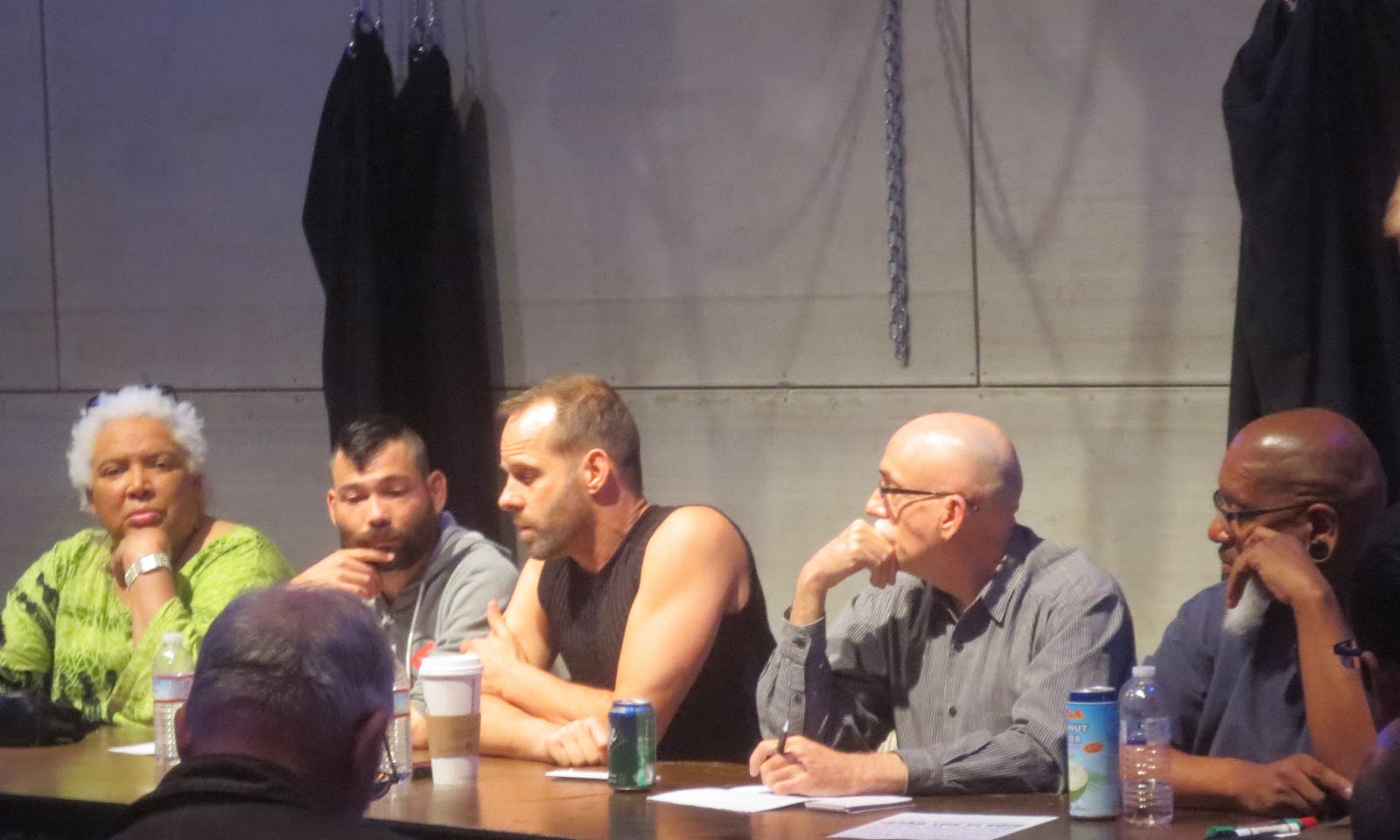 I made comments about needing ad campaigns congratulating me and all gay men and gays with AIDS of a certain age, for surviving the darkest days of the plague years. Vollmer interrupted me and said they were only taking comments about personal experiences at that point, so I ended my remarks and went back to my seat.

Were ground rules or a firm agenda laid out at the start? If so, it would have been nice for that to be explained for latecomers like me. Maybe post that info on a large post-it on a wall for all to see?

Feeling like it was enough to have said my piece, and seeing a few approving looks from men in the audience, I took my leave.

Seth Hemmelgarn of the Bay Area Reporter was there, so I'll find out what was said from the paper's coverage next week. 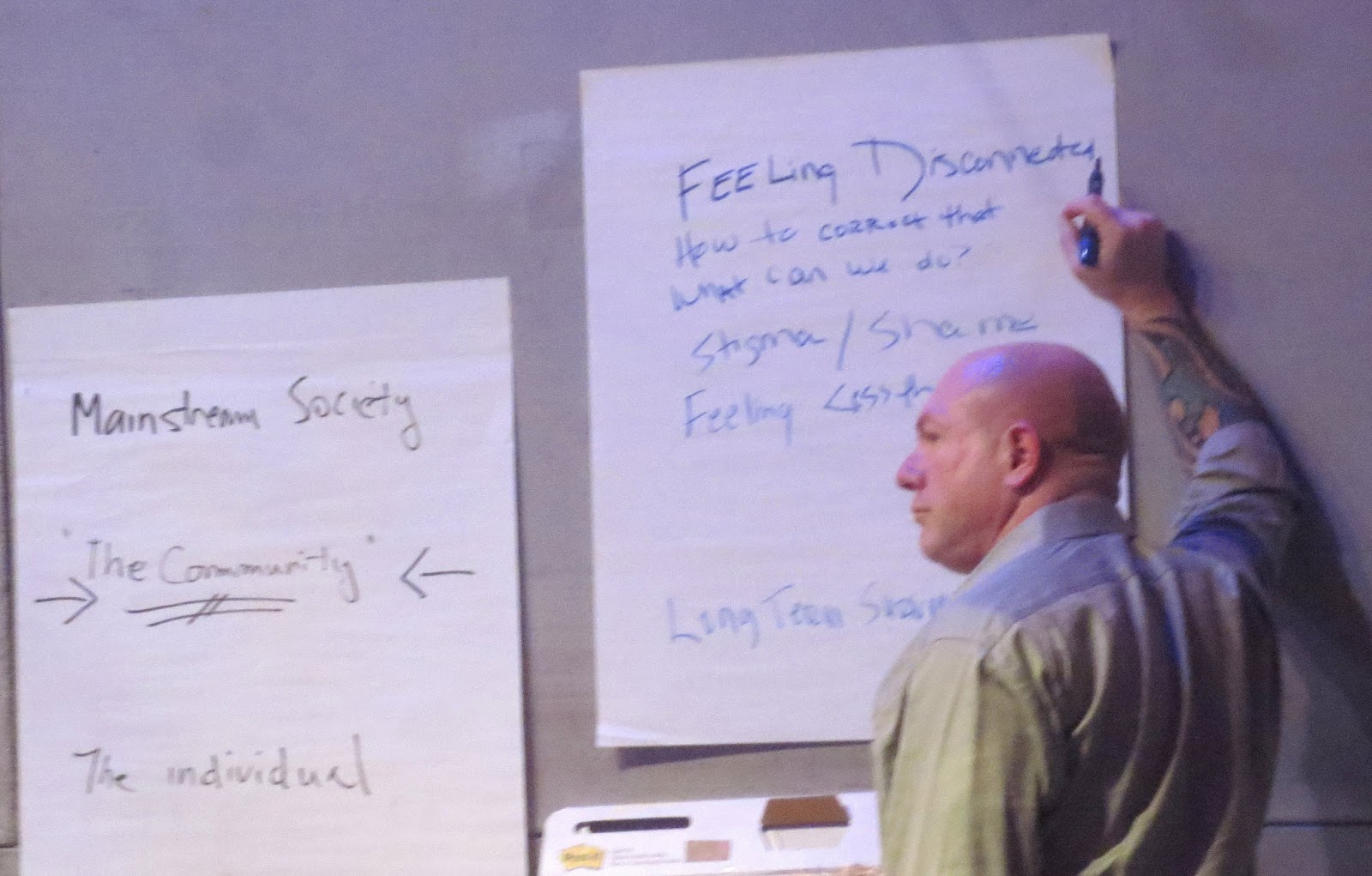 (The note-taker next to the big post-its.)

On my way home, peddling past the newly opened Eagle bar, I saw my friend John Silverman on the street so we chatted for a bit. He's worried about the fiscal and academic woes of his employer, City College of San Francisco. Things are not looking good for school's employees (or students), and John is fearful of his shaky job situation and potentially losing his currently affordable housing.

Being a big bear friend, he wrapped his arms and paws around me and gave me several hugs before encouraging me keep putting my idea out there for a social marketing campaign that says a few positive things about gay men over fifty.

If there's a follow up forum about suicide among gays, maybe the organizers will make sure everyone can hear the panelists and audience members and that the agenda is clear to all, even folks who arrive late.

Posted by Unknown at 10:05 PM
Email ThisBlogThis!Share to TwitterShare to FacebookShare to Pinterest