Only in SF: Police Car #69 Sent to Arrest Nudists 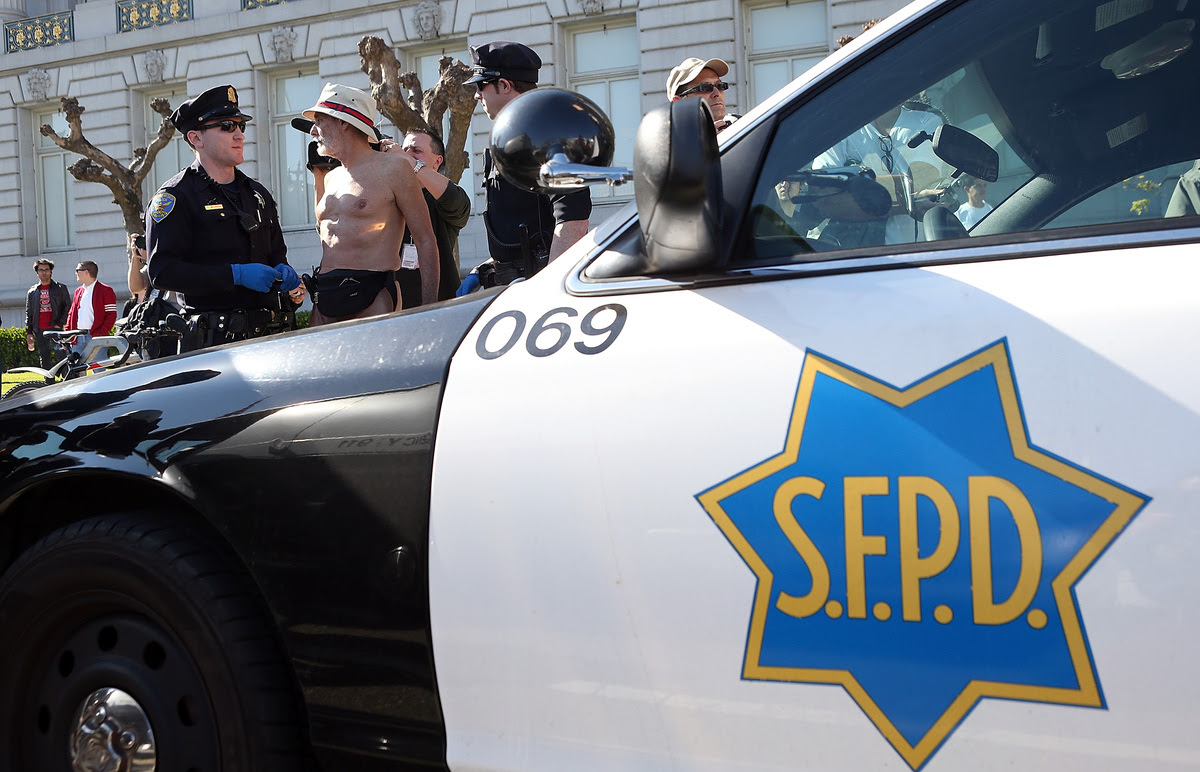 A federal judge this week rejected a lawsuit seeking an injunction to stop San Francisco's public nudity, which went in to effect yesterday. Body freedom activists staged a protest on the steps of City Hall on Friday at noon.

An overabundance of police officers were present to arrest the activists, once they disrobed and refused to put their clothes back on. Some of the officers arrived in police vehicle number 069, a number that is also a mighty fine sexual position to many.

I've seen lots of comments around the web from queers dudes expressing gratitude that one of the arrestees, Trey Allen, is quite pleasing on the eyes if you adore furry, well-built white guys with a fine tush. Gotta agree, he's sure nice to look at in the buff! Here's Trey displaying quite a pelt on his chest and tummy, holding two signs with important messages, in front of what looks to be eight cops. 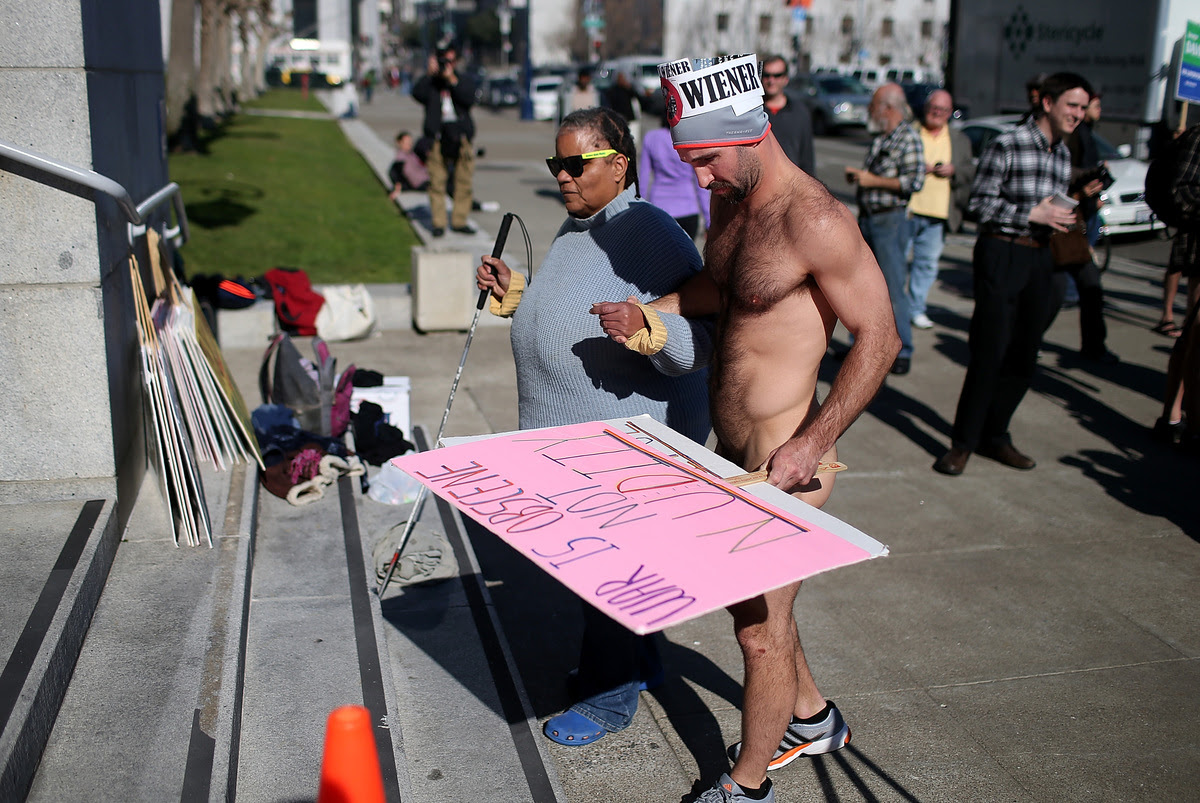 During the short action, a blind woman needed assistance getting up the steps of City Hall and Trey provided it. 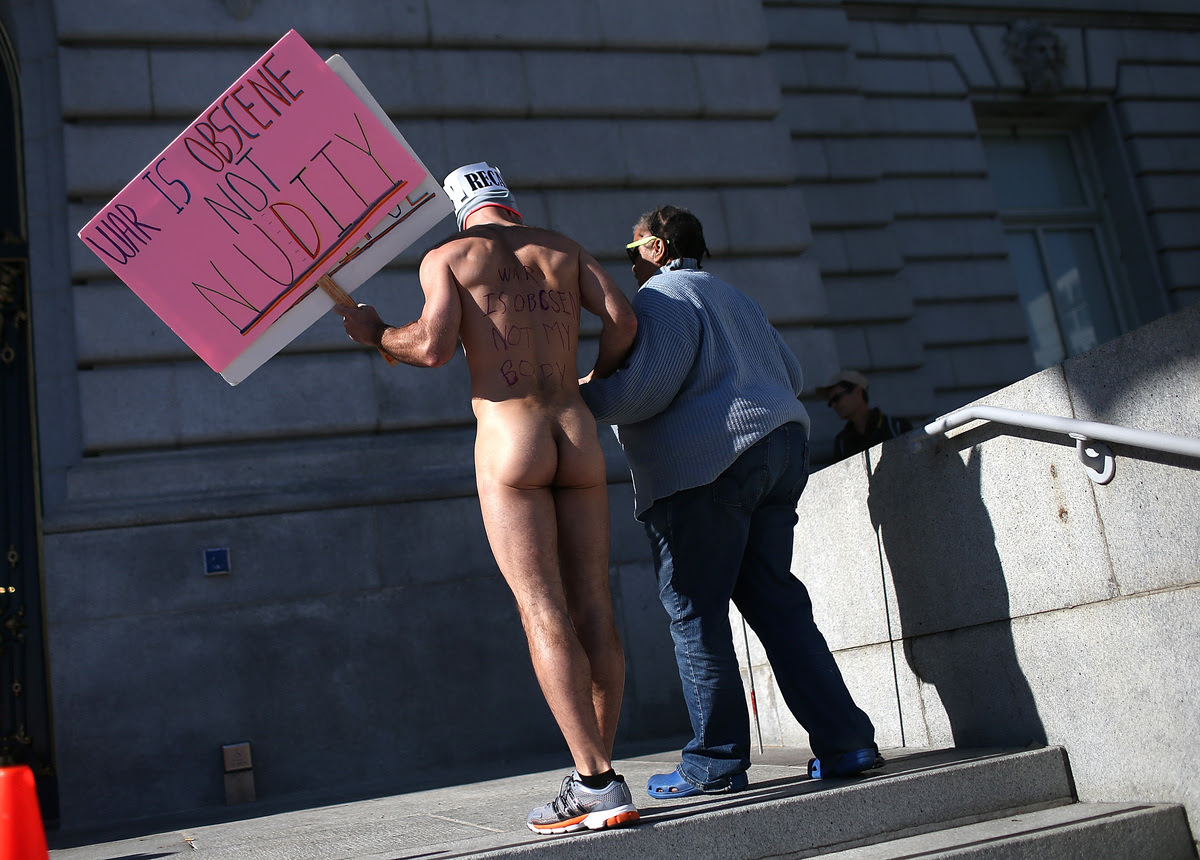 Justin Sullivan, the photographer, sure took a lot of photos of Trey with the blind woman and for this we're are happy. 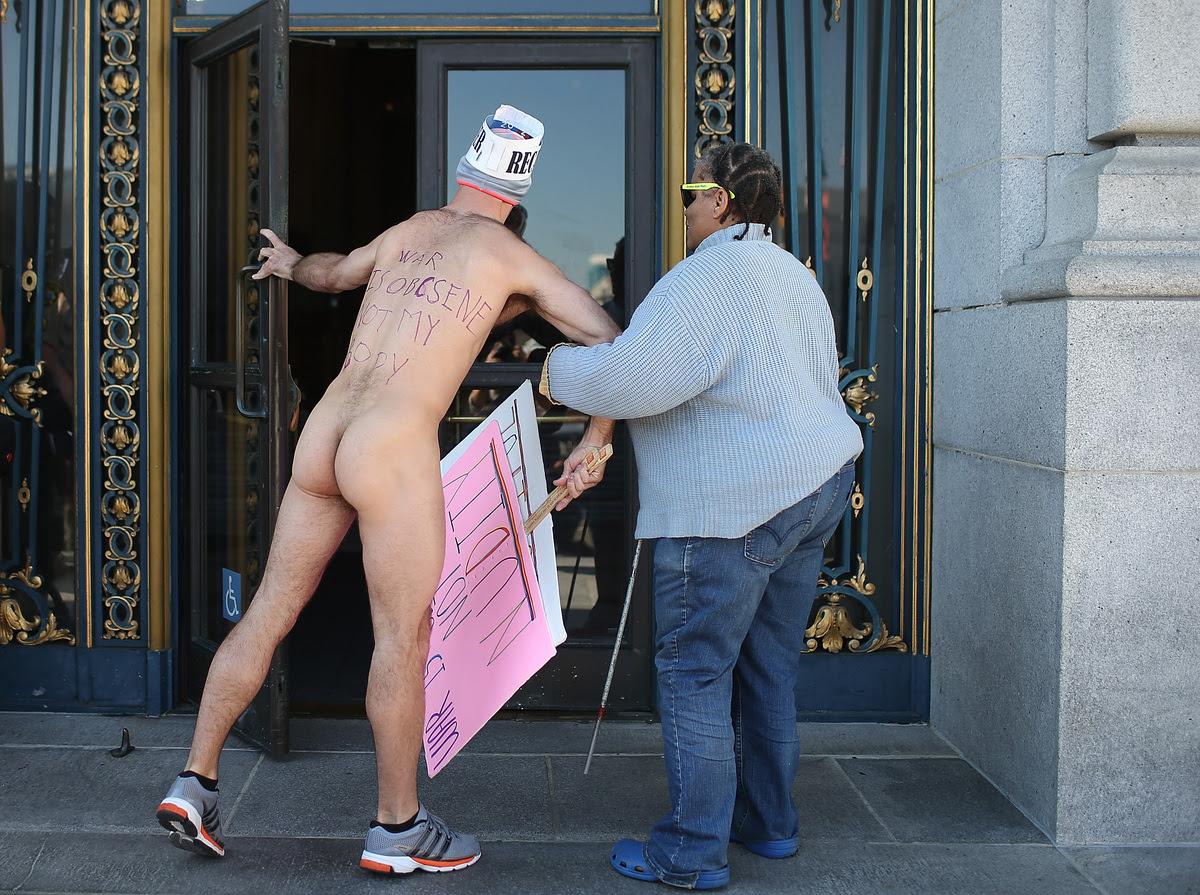 Such a gentleman, Trey is holding open a heavy door for the woman to enter City Hall. I expect we'll know by next week what steps the nudists will take in their campaign to keep their naked bodies on the street and not be subject to arrest or cited and made to pay a fine.
Posted by Unknown at 3:56 PM
Email ThisBlogThis!Share to TwitterShare to FacebookShare to Pinterest

Worst PR move ever .. sending out a bunch of hairy naked instead of gorgeous nekkid babes. I did favor repealing the ban, but now that I have these images stuck in my head, I am not so sure.

I think Trey is a fine human being who is just sharing his God given bounties with the rest of us. For this we should give thanks.

Disgusting! Do you have any more pictures?