US Govt: No Surveillance Files on Alan Turing 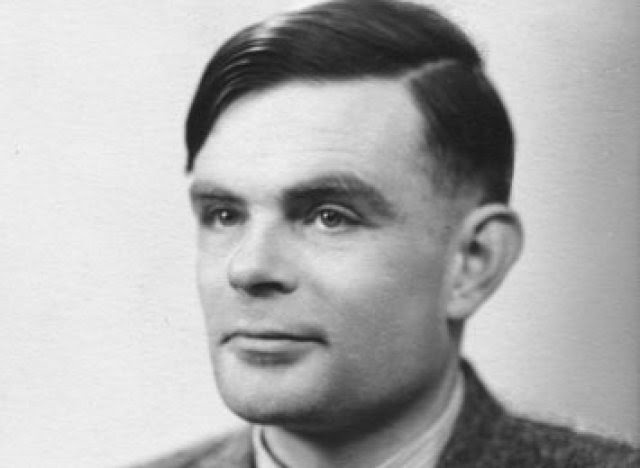 What I find very odd, considering the extreme homophobic times genius mathematician Alan Turing lived in and the high level security clearances he had, is that neither the United Kingdom nor United States intelligence agencies and respective national archives possess no surveillance files on him.

How the hell did Turing escape the attention and scrutiny of agencies that deemed homosexuals deviants and threats to national security? 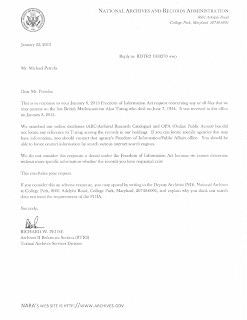 The latest American agency to respond to my request for public records pertaining to Turing is the National Archives and Records Administration. An excerpt from their letter that arrived recently:

This is in response to your January 6, 2013 Freedom Information Act request concerning any or all files that we may possess on the late British Mathematieian Alan Turing who died June 7, 1954 . . .

We searched our online databases (ARC-Archival Research Catalogue) and OPA (Online Public Access) but did not locate any reference to Turing among the records in our holdings.  If you can locate specific agencies that may have information, you should contact that Freedom of Information/Public Affairs office.

Speaking of those other U.S. agencies, I have submitted FOIA requests to the State Department and the Department of the Navy, because Turing had to interact with the former for his visa and the latter is where he conducted his code-breaking research, and the Federal Bureau of Investigation since he may have came to their attention due to his homosexuality.

The State Department replied and said since the potential records I seek are more than 25 years old, they may have been transferred to the National Archives, and we now know that agency can't locate any Turing files.

The FBI stated a search of their central records was conducted, but nothing potentially pertaining to Turing turned up. I'm waiting to hear from the Department of the Navy.

Although nothing of relevance has been found in various UK and US government archives on Turing, I feel it's important to state this and build a public online record about efforts to obtain surveillance files. There can never be enough transparency about the mistreatment and harassment of homosexuals by the UK and US governments.

My post about no Turing records found by UK agencies is here.
Posted by Unknown at 8:45 PM
Email ThisBlogThis!Share to TwitterShare to FacebookShare to Pinterest

If you think about how brutally Turing was treated at the time, it just cannot be true that no files were kept on him. He was one of the most brilliant men in the U.K. and openly gay, too, in the 1950s.