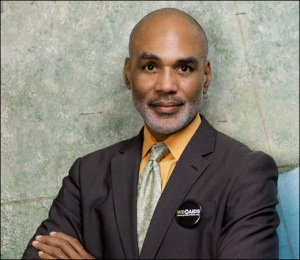 Congratulation are in order for the Black AIDS Institute based in Los Angeles, because after I requested they post their three most recent IRS 990 filings, within a day they kept their promise to share the tax filings on their site.

Here's the note I received yesterday from the assistant to Phill Wilson, pictured, the executive director of the group:

Phill Wilson is not in the office today, nor was he in yesterday. Thank you for your email of February 21st in which you brought to our attention that when you attempted to access our IRS Form 990, you received an error message. We have reached out to our IT consultant and this technical problem will be remedied post haste. Meanwhile, our 2011 IRS Form 990 is attached.

Unlike the leaders at the National Association of People With AIDS, who dithered and dodged my requests to get transparent on their site, and the executive director of the National Minority AIDS Council, Paul Kawata, who still ridiculously refuses to post his group's 990s on the NMAC site, the Black AIDS Institute executives should be applauded for simply getting with the transparency agenda. Be sure to read Greg Milward's USAHIV.com site as he raises important questions for Kawata to answer.

One small issue with the institute needs to be addressed still. At their About Us page, they say:

For a copy of our most recent audits, choose from the following:

However, when you click on the links they take you not to the audits but to the IRS 990s. The institute should amend the wording to reflect what is at the links.

Let's join in welcoming the Black AIDS Institute to the family of transparency AIDS Inc organizations acting responsibly by sharing 990s on their site. I hope Kawata and NMAC soon follow the terrific example of Wilson and his institute.
Posted by Unknown at 2:07 PM
Email ThisBlogThis!Share to TwitterShare to FacebookShare to Pinterest

From the 2011 990, it looks like Wilson earns 124,225 in W-2 salary, but then another line item lists $414,000 or so in additional salary and wages. Just how much does Wilson make for being the sole paid staff, it appears, in the whole organization?? One of the reasons I stopped donating to all organizations in AIDS, Inc. is because their top executives are sometimes paid $300,000 per year or more, and this way too much for a "non-profit" organization, especially when line staff are underpaid for doing the ACTUAL client services work and told to "live with it" because "we're a non-profit". That's bullshit; if the executives can a make a fortune in salary off tax-payer funded government grants and citizen donations, then the line staff can earn a decent living, too. I am former executive from a very small AIDS service organization, and I never made more than $66,000 per year (plus benefits), and I lived OK. NO ONE needs more than about $100,000 to run a non-profit -- and yet almost everyone who runs one now makes about 3-4 times that. Ridiculous. That means their donors aren't helping people with HIV -- they're helping executives line their pockets. Count me out.