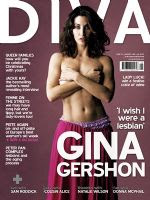 Diva Mag: No Woman No Cry:
Lesbians in Jamaica
My recent campaign organizing a boycott of Jamaican rum and beer has included posts about attacks and murders of gay men and transgender persons, with little said about lesbians. Except for a one-sentence mention in the State Department report on sexual assaults suffered by Jamaican lesbians, I've not found anything of more substance to post. Until now.

There's an article from Diva magazine out of London on our sisters in Jamaica and what life is like for some of them, including a recent wedding:

It was a bright spring day in April when the two women walked down the candlelit aisle of their church in New Kingston. Behind the locked church doors, a congregation of 80 friends and family, many of whom had flown in from Canada and America, came to witness the extraordinary and courageous event. ‘All my friends and anyone I’ve talked with for a while knows about my sexuality; I refuse to pretend. I’m a proud lesbian. And it was a real thrill for me to have one of my sons walk me down the aisle’, she said. ‘We had a cake-cutting, union candle, toast and the works: I wore a traditional white dress made by Christian Dior. We sealed our union with a kiss and signed a Power of Attorney to each other’.

Beverly’s decision is all the more poignant, considering the catalogue of abuse she’s experienced since she came out a few years ago. The last time, she was threatened by a mob who saw her with a young, gay man at a Burger King outlet. The assault was preceded by an angry exchange and verbal taunts of ‘sodomite’ and ‘lesbian’. ‘It’s all part of what we’ve grown to expect,’ Beverly explains. ‘Verbal abuse takes place on a daily basis, and I regularly see and hear about lesbians who’ve been raped and beaten. We can’t hold hands safely, regardless of whether you’re middle- or working-class, and we’re routinely run out of regular dancehalls. Gina fears losing her job if her boss finds out she’s gay. We both live in fear of officially sanctioned persecution’.

Most of the media coverage of Jamaica’s homophobia has focused on the violently anti-gay lyrics of the country’s dancehall and reggae music, and brought to the world’s attention the murder in 2004 of Jamaican gay rights campaigner Brian Williamson, founder of J-FLAG, Jamaica Forum for Lesbians, All Sexuals and Gays, the country’s first and only LGBT lobbying, advocacy and support group.

But little has been written specifically about the experiences of Jamaican lesbians. Although lesbianism isn’t a criminal offence under Jamaican law, lesbians are significantly affected by Jamaica’s climate of homophobic violence. Karlene is co-chair of J-FLAG, and uses only her first name because of fears for her safety. Against inconceivable odds, J-FLAG runs a women’s group. Says Karlene: ‘We have socials where we’ll lyme – hang out at someone’s house – and some of us host little events at our homes, but they must be in a safe area. Everything must be done in secret – we don’t want unexpected visitors’.

While in Britain we’ve been celebrating the right to join in Civil Partnership, lesbians in Jamaica struggle for the right to exist. ...

To learn more about JFLAG, visit their web site here and then click here to check out their blog.
Posted by Unknown at 1:25 PM
Email ThisBlogThis!Share to TwitterShare to FacebookShare to Pinterest