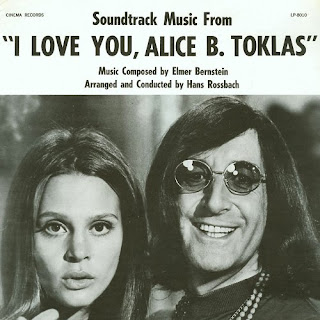 Alice B. Toklas Killed
Obama's Pro-Gay Letter
The gay community in California was handed a golden vote-getting opportunity on a silver platter, pardon my metallic metaphors, when wildly-popular candidate Barack Obama sent a very pro-gay letter to the Alice B. Toklas Democratic Club in June. In part, it read:

As the Democratic nominee for President, I am proud to join with and support the LGBT community in an effort to set our nation on a course that recognizes LGBT Americans with full equality under the law. That is why I support extending fully equal rights and benefits to same sex couples under both state and federal law. ...

Finally, I want to congratulate all of you who have shown your love for each other by getting married these last few weeks.

Even to my Green Party eyes, I can see a terrific letter from a Democrat that would definitely help sway voters to oppose Prop 8. But, as we all know, the A-gays who ran No on 8, and the straight political consultants they outsourced the decision-making process to, chose not to use the Obama letter in any campaign materials.

And what exactly was the reason why Steve Smith of DeweySquare, a Sacramento-based consuluting firm affiliated with the Democratic Party, did nothing with Obama's words of support for gay couples?

The answer came from Smith at the February 26 town hall in San Francisco, and was reported on this week in the Bay Area Reporter:

Smith also acknowledged that the campaign should have used then-presidential candidate Barack Obama's stated opposition to Prop 8. Instead, little use was made of Obama's opposition in a letter last June to the Alice B. Toklas LGBT Democratic Club, and right before Election Day the Yes on 8 campaign sent out a mailer featuring Obama's image and quotes that he is opposed to same-sex marriage.

"That was a close call," Smith said. "Maybe we should have."

Smith said that people outside the Bay Area wouldn't know what the Alice Club was, but club Co-Chair Susan Christian spoke up and said that in fact, Obama's letter to the club been widely reported, including in the New York Times.

How nauseating to know that Smith, whose firm received hundreds of thousands of gay dollars for their expertise, is such a lazy thinker.

Instead of touting who the letter was from, all Smith saw was who the Obama was addressed to.

It shouldn't have mattered who received the letter, just that it was from our likely next president and would have done much to influence minority and independent voters to cast no ballots on Prop 8.

The inability of Smith and the No on 8 leaders to take advantage of the letter, and to now blame their inaction on an LGBT Democratic club named after a dead dyke rattles my queer sensibilities.

Someone should demand a refund from Smith and DeweySquare for their political malpractice.

Posted by Unknown at 1:02 PM
Email ThisBlogThis!Share to TwitterShare to FacebookShare to Pinterest

are you fucking kidding me?

that's like saying the Titanic was an unfortunate cruising incident.

Forget the refund, can we just have this guys head on a platter?

The first excuse for not using the Obama letter was that Obama has a "complicated position on marriage." Read that a while ago.

Now, it's because no one knows who Alice B Toklas was? Is that it?

I don't know, but when I hear two unrelated dumb excuses for one thing, the alarm bells ring a bit. I start to think that there's a real reason no one really wants to share. You make dumb stuff up and see if people stop asking. Is there anyone who's been 11 years old once and knows all about that? Me too.

If the use of the Obama letter was a close call, as Smith says it was now, there's likely a lot of documentation on the back-and-forth debate. Ask for it.

i have asked for lots of documents from the campaign and the consultants, and, guess what? they've given me nothing. well, they've also not released anything of substance to the gay press, gay bloggers or gay community, in terms of memos and such.

don't hold your breath waiting for the no on 8 folks and Steve Smith to cough up files for public inspection.

Obama's letter uses the language 'amend', which plays to the opposition.

This is breathtaking. While the letter itself isn't news -- it did get some mainstream press and significant gay press attention when the Alice club first received it -- the reasoning behind No On 8's failure to make use of it is mind-boggling.

As one who's worked on political campaigns in all sorts of capacities for 30+ years, No On 8 ranks as very likely the most inept I've ever seen.
--Bruce Mirken

Yes, mindboggling. Inept. You're exactly right. And that's what bugs me about the failure to use the Obama thing. Smith has never lost a ballot question in California. Not one. If you're the A gays, for all their shortcomings and lack of experience with the marriage fight, you feel good that you hired a guy with a perfect ballot question track record. How is it that Smith suddenly shows up stupid?

If you're the DNC, you want Obama to send his letter to the club with the funny name and then stay out of it. Best of all worlds. Funny how that happened. Funny how the DNC operatives the A gays hired to run things just let the letter sit there.

By the way, Michael, I lurk here a lot and have never bothered to say, but should: Your resourcefulness and doggedness are a joy to see. You're doing a great service to a great many people who need it, many of whom are not equipped to do anything like it for themselves. Bravo.

Our "leaders" threw 45 million dollars down the drain and most likely used the money to pay "consultants aka friends" in their network. There should be a democratic process to vote these "leaders" out. There's too much at stake (money, career, power, name recognition) for these incompetent "leaders" to leave on their own and I just hope that foundations which give them money drive them out of business so that a real grassroots movement can be built upon.

I hope after prop 8 folks know that it is not in the interests of these "leaders" to let a grassroots movement develop since that threatens their positions and jobs.