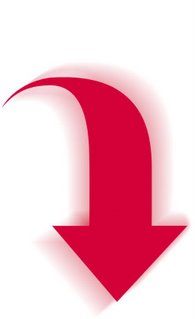 The latest monthly STD report from SF DPH was issued this week, and though the 2006 year-end numbers are provisional, they are still very noteworthy. Let's go over what I believe are truly incredible reductions and drops in HIV, STDs and meth-related visits to SF General Hospital's emergency room.

There is one important caveat to make before jumping into the HIV stats from City Clinic, the DPH's primary STD testing and treatment facility. The stats do NOT represent overall HIV stats for the city, but they are a vital surrogate marker in determining San Francisco's HIV transmission rate.

From the December 2006 monthly STD summary, issued on January 26:

The number of HIV tests performed at City Clinic decreased 5% from 2005 to 2006 and the number of positive antibody tests also decreased from 122 to 103, a 16% reduction. The number of acute HIV infections that were detected remained stable.

A sixteen-percent drop of HIV poz test results at the clinic were thousands of very at-risk and high-risk people go for testing is a good development, very much in keeping with the larger SF DPH trends showing HIV transmissions declining.

To play the devil's advocate for a moment, I wish to point out that the 16% total drop could be sliced by a 5% subtotal, representing the decrease in number of tests performed. If we deduct 5% decline in tests from the 16% total of poz results, we still have HIV at City Clinic falling in the double-digits: 11%.

Taking into account a decline in number of tests, there is still a very significant drop in infections.

Syphilis, Gonorrhea, Chlamydia for all of SF

Our previous analyses, reported in the May report, suggest that these increass are largely explained by the expansion of rectal screening and improvements in test technology.

Nice. On top of the falling HIV rate, we have other STD either stable, or, where there is an increase, it is due to more and better tests. Sounds to me like something very right in controlling and preventing these diseases continues in SF.

When we compare preliminary STD rates for 2006 with 2005, gonorrhea rates have stabilized among African Americans, but there has been a 20% increase in chlamydia in this population.

Chlamydia increased by 9% among whites and 5% among Hispanics, but decreased 3% among Asian/PIs. There continue to be disparities by race/ethnicity for STDs in San Francisco, with Asian/PIs having the lowest rates and African Americans the highest rates.

The DPH report does not mention if the increases in this section are because of increased testing or if the surge is due to more unsafe sex. However, it's welcome news to read that gonorrhea infections for blacks have remained steady; would be great if they'd go down.

The DPH monthly summary unfortunately does not offer an editorial note on speed-related visits to the main hospital, but Table 4 provides the raw data:

Let's see if the press report on the new declining HIV and STD rates and meth-associated visits to the ER, and if the DPH puts some efforts into calling reporters' and community attention to the stats.

Click here to read the new SF DPH STD report.
Posted by Unknown at 11:34 AM
Email ThisBlogThis!Share to TwitterShare to FacebookShare to Pinterest