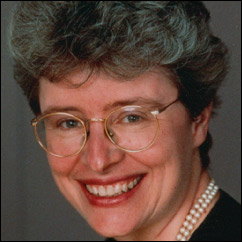 In late 1986 and early 1987 when I was active in the queer AIDS activist group the Lavender Hill Mob, I would occasionally call Time's medical correspondent Christine Gorman and pitch story ideas to her.

At the first ACT UP meeting in March 1987 she gave me her card and said to keep in touch. Twenty years later she writes a note to my blog, I write back, as does Larry Kramer, and we learn she is leaving Time, which is sad news.

The good news is that after some time off, she will contribute to Time and devote her energies to global health care issues, especially access to primary care.

So I pitched her the idea of writing something in March for Time about the twentieth anniversary of ACT UP's founding and how she was at the birth of the group, and the state of combating HIV today, but she's moving on to new endeavors.

Since her focus will be on access to health care, the central demand of ACT UP/New York's March 29, 2007, action for health care for all Americans and that all 2008 presidential hopefuls commit to it, I'm asking Christine to be at the demonstration, and Larry's speech March 13, 2007, not as journalist, like two decades ago, but as a fellow activist.

Waddya say, Christine? Please say you'll trade your press hat for an activist cap and join ACT UP/New York on March 29. It could be the best way to transition out of Time and into your new role -- health care advocate!

My email to Christine:

Thanks for posting your comments to my blog the other day about ACT UP's approaching 20th anniversary.

Not only were you at the first meeting, but you've long covered HIV/AIDS and medical issues, making you a good person to approach at Time with a pitch -- how about an article by you about ACT UP's influence and the current state of fighting AIDS?

I'll try to reach you tomorrow at your office number, 212-522-xxxx, and bend your ear a bit about the ACT UP 20th anniversary and Time maybe running an essay with your byline in March.

Larry's email to her:

> From: NedWeeks@aol.com
> Sent: Friday, February 2, 2007 8:44 AM
> To: Gorman, Christine - Time U.S. christine_gorman@timemagazine.com
>
> dear christine, i am glad you are still there!
>
> i might add a ps to michael petrelis' email and say that i shall be making a 20th anniversary speech at the very gay center where we started twenty years ago. it will be on march 13th, i believe at 7pm. i hope you will come. i dont kow if the outcome will prove to be as historic but i promise to say some interesting things.
>
> i hope this finds you well.
>
> larry

And finally, her reply to us:

It's great to hear from you both. And thanks for inviting me to the festivities on March 13. I'd love to come.

However, you should know, I won't be the medical writer from TIME any more. I have just volunteered for the package. (All told, TIME Inc is laying off about 25% of its magazine staffs.)

I'm going to take a break, take some classes, talk to a lot of people and figure out next steps. TIME has agreed to make me a contributor.

My goal is to get more directly involved in global health issues--particularly access to basic primary health care around the world. Stop being just a witness and start being more of an advocate.

We'll talk more. By the way, my alternate email is cgormanhealth(at)gmail(dot)com.

Posted by Unknown at 10:40 PM
Email ThisBlogThis!Share to TwitterShare to FacebookShare to Pinterest