Which SF Sup. Had the Most Meetings With Uber Lobbyists in 2014?

In addition to following the money, good watchdogging also demands paying close attention to the professional lobbyists hired by corporations to influence politicians and legislation at San Francisco's City Hall.

Public records at the Ethics Commission reveal that Supervisor Scott Wiener and his aide Andres Power received the most visits from Uber's lobbyists this year. There were five meetings with Boe Hayward, who began his lobbying career about five minutes after he stopped working for Sup. Bevan Dufty in 2011, and one meeting with Patty-Jo Rutland. 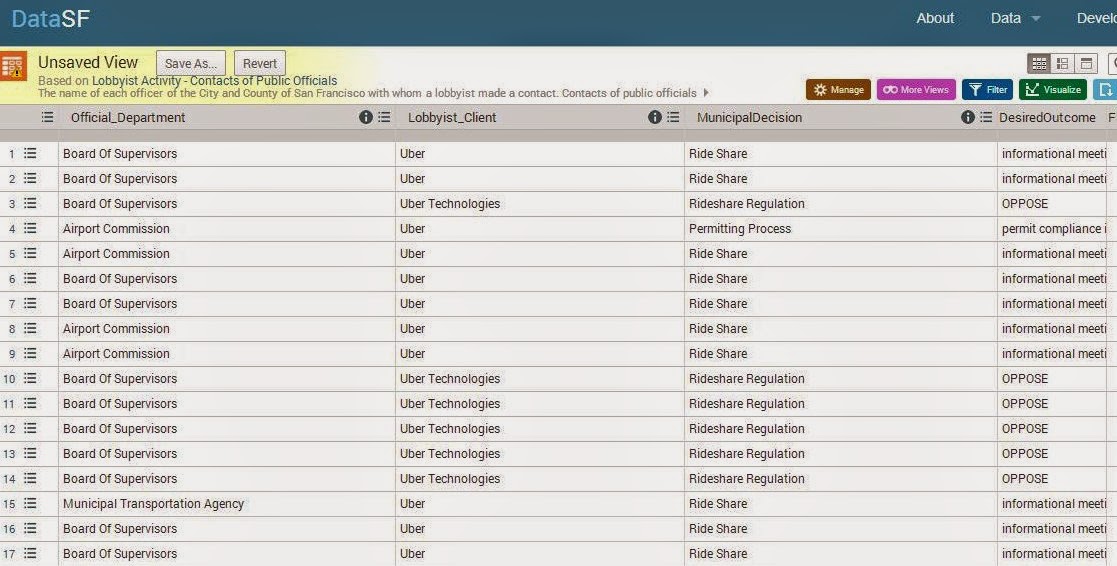 All five of Hayward's meetings with Wiener's aide were about opposing rideshare regulations.

Uber paid the Goodyear Peter Hayward and Associates firm $30,000 so far this year, and Rutland and her consulting company received $32,500, bringing Uber's total lobbying fees for City Hall purposes to $62,000.

Sure would be great to know what was discussed at all of these meetings Uber held with our elected officials.
Posted by Unknown at 3:05 PM
Email ThisBlogThis!Share to TwitterShare to FacebookShare to Pinterest
Labels: Boe Hayward, City Hall, lobbyists, Patty-Jo Rutland, rideshare, San Francisco, Scott Wiener, Uber