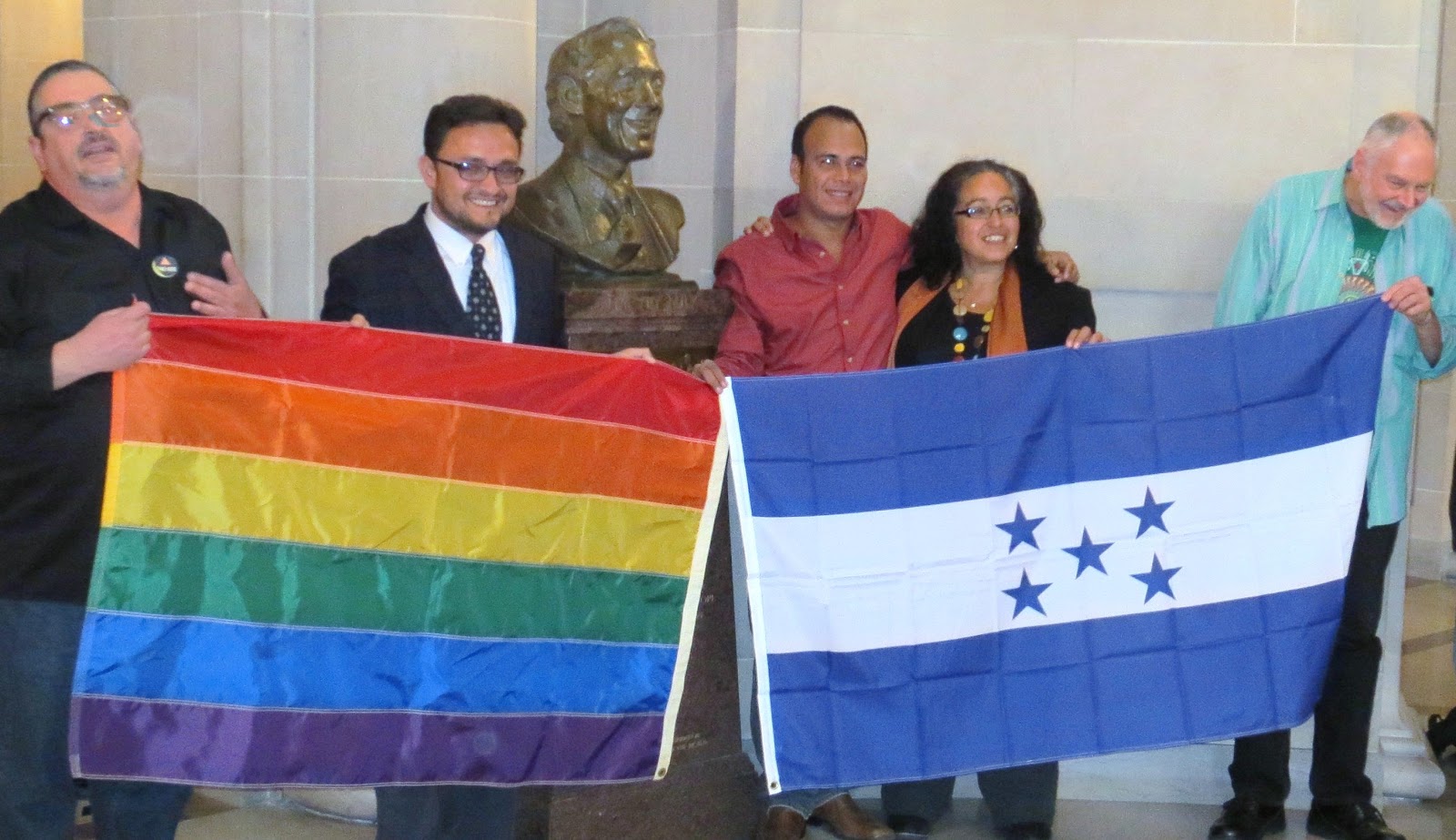 (Standing to the right of the Harvey Milk Bust, in red shirt, is Erick Martinez, holding the Honduran flag.)

Earlier this week, members of Gays Without Borders in San Francisco received disturbing news about a weekend gay bar raid in Honduras and arrest of a brave gay leader, Erick Martinez. Our group coordinated actions with him when he was here, including arranging a photo op at City Hall near the Harvey Milk Bust in October, and we remain steadfast in our solidarity with him.

Erick is well enough, considering the traumas he experienced, and he and his supporters are circulating details about the situation, and building a high awareness about the raid and assaults is on everyone's agenda. A letter-writing campaign is in development and will shortly launch.

For the time being, please spread these details:

On Sunday, January 13th, 2013, Honduran national police arrived at a gay bar that is frequented by members of the Sexual Diversity Community in capitol city of Tegucigalpa. Police ordered the bar to close early, well before the legal time limit for bar closings at 2:30am.

Gay human rights leader Erick Martinez was present to witness the raid. He took photos with this cell phone showing that several detainees were subject to police beatings, verbal humiliations of their sexual orientation and intimidation.

A group of national police assaulted Erick and seized his cell phone that was documenting the abuse. Erick and two others were arbitrarily and illegally arrested and taken to the police station. During this time the contents of Erick’'s phone were erased including the photos, and his car searched with items illegally confiscated. Erick was eventually released. 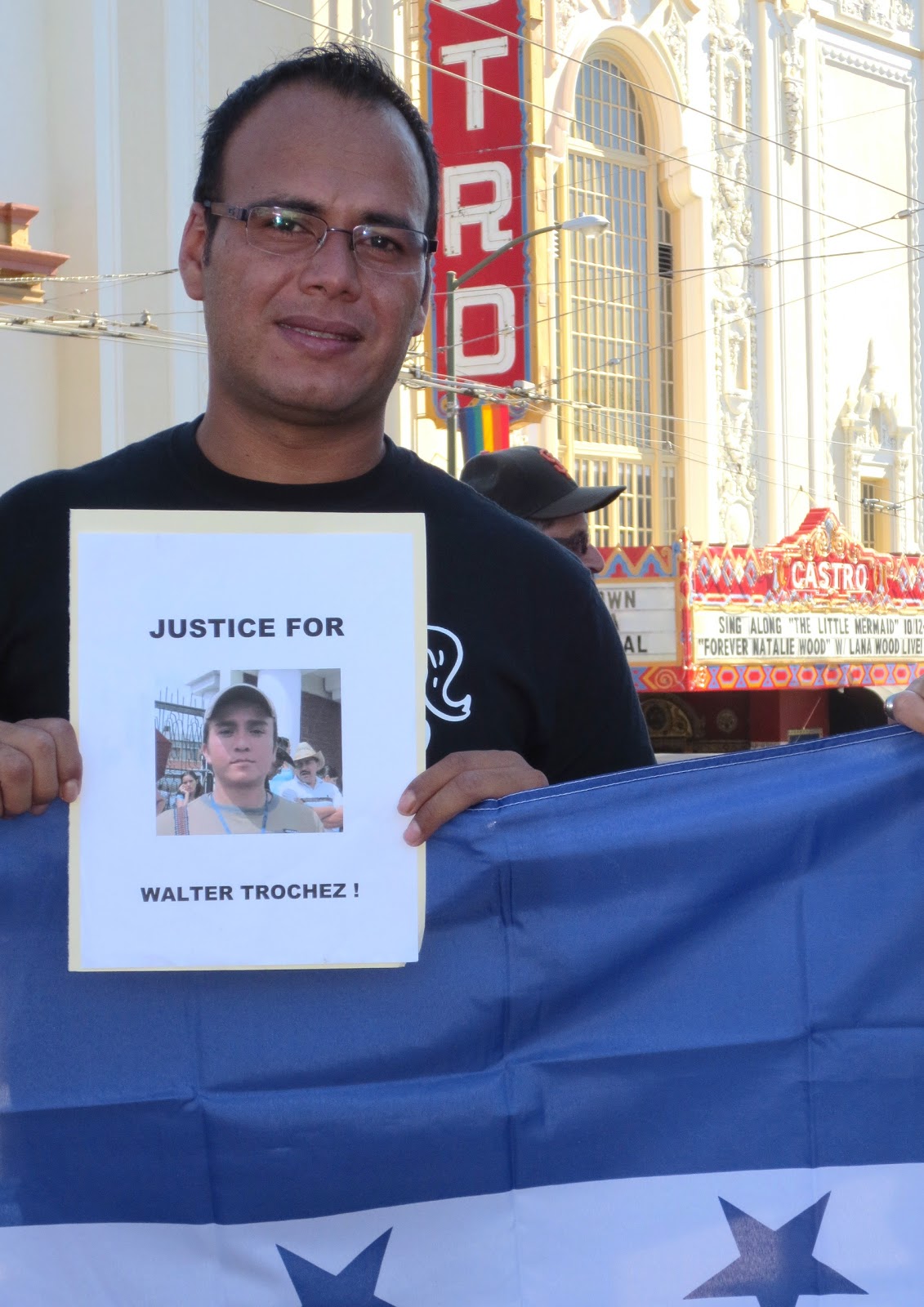 Erick, pictured, is a well-known human rights defender for LBGQTI people, a coordinating member of the Honduran Resistance Movement (FNRP) and an openly gay primary candidate for congress under the LIBRE party.

For many political reasons and his ceaseless advocacy for justice and democracy, his life is in grave danger, a matter of deep concern to his friends and colleagues in Honduras and around the world.

In October of 2012 Erick Martinez traveled to California to tell his stories to the LGBT and progressive communities. U.S. Congressman Jared Polis (D-CO) sponsored a letter supporting Erick’'s visit as well as a Dear Colleague letter signed by 84 members of Congress denouncing the human rights violations of Honduran LGBTI people.
Posted by Unknown at 11:15 PM
Email ThisBlogThis!Share to TwitterShare to FacebookShare to Pinterest