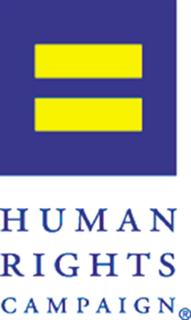 Has it really been only two months since the Mark Foley erupted on the national scene and he was put under lots of microscopes? Seems like ancient history now, looking back his resignation and my probing of his FEC records, particularly who donated to him.

In October I blogged about the Human Rights Campaign, the gay wing of the DNC, had donated $27,000 to Foley's PAC over the years, and HRC board member Hilary Rosen also gave him money, $2,000 to be exact.

I suggested to HRC and Rosen that they ask for their gay money to be returned, as a matter of principle, and to show some political backbone.

Lou Chibbaro at the Washington Blade asked HRC about getting their money refunded. Here's the reply from the group:

Apparently they considered it and dismissed the idea. Newly released FEC records for Foley's PAC posted on the PoliticalMoneyLine site show even though Foley returned $423,800 to 46 donors and $36,500 to 14 PACs, Rosen and HRC were not among them. Guess they were content to let the disgraced former Congressman keep their gay funds.

I expect so little from HRC, and they keep delivering.
Posted by Unknown at 5:31 PM
Email ThisBlogThis!Share to TwitterShare to FacebookShare to Pinterest