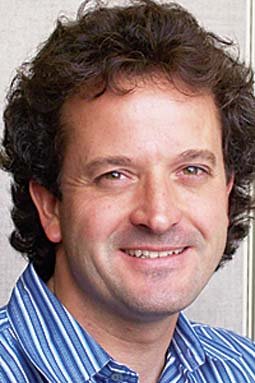 Pull quote from the current Nature:

My reply: Many of us fags in the Frisco field have long suspected that the standard methods of estimation, concocted by McFarland and DPH, have resulted in overestimates. Why? Two reasons. One, to keep millions of federal dollars flowing from Washington, and two, to scare fags into abstinence.

Before you read the full October 30 Nature article, let's first take a stroll down memory lane and look at some HIV/AIDS stats history and Dr. Willi McFarland, and impact of some claims he made in 2000:

``We are very concerned, and we are very worried,'' said San Francisco Department of Public Health epidemiologist Dr. Willi McFarland. ``These are sub-Saharan African levels of transmission.''

DPH officials were quoted saying that the estimated number of new infections among gay and bisexual men in San Francisco had gone up from 500 to almost 900. Now, the same officials are singing a different tune.

"The 900 number is not an official DPH number. The comparison to sub-Saharan Africa is unfortunate," Dr. Willi McFarland, an epidemiologist with DPH told the Bay Area Reporter, referring to a quote he gave to the Chronicle: "These are sub-Saharan African levels of transmission."

John Strausbaugh, a columnist for the New York Press, a conservative alternative weekly, wrote in its July 17 edition that the figures were leaked just after Congress announced plans for a cutback in federal AIDS funds to San Francisco, in response to the city's reduced number of AIDS cases. An alarming jump in the HIV rate in San Francisco, with frightening implications for the rest of the nation and the world, makes better copy, and a better fit with the media's self-appointed role as social welfare programmers, than does a group of public health bureaucrats fudging numbers in an effort to save their budget, Strausbaugh wrote.

Get out your abacus, and follow along, if you can. There's some fancy math going on here. [...]

However, upon closer analysis, at least half of Katz's equation on which the much-ballyhooed new estimate and plan are based appears to be highly vulnerable to critical scrutiny. [...] But according to McFarland, who helped formulate the figures, there is a discrepancy.

"It would be fair to say, if you went with the more 'authoritative' source and kept the gay population estimates comparable," McFarland acknowledged to the Bay Area Reporter after reworking the math, "you would go from 336 to 528 [new infections among gay males]."

Very interesting history, if you ask me. Now six years after McFarland touched off a firestorm of controversy over his inflammatory San Francisco = Sub-Saharan African claim, he's telling Nature that there have been overestimates made. Sure, his quote here applies to the rest of the world, but frankly, given this man's statistical history in San Francisco, his quote could easily cover America's AIDS Model City.

Some excerpts from Nature:

There is no doubt that the number of HIV infections worldwide is still on the rise: the toll is up to 40 million, according to UNAIDS. But are scientists using the right method to count the cases?

This year's UNAIDS estimates of the epidemic are lower than those released at the end of last year for 11 southern African countries and for China. And in August, Indian epidemiologists cast doubt on their country's high estimate of HIV cases. [...]

Based on sentinel surveillance, UNAIDS estimates that India has 5.7 million HIV-infected individuals—slightly more than the government estimate of 5.2 million—earning India the unhappy distinction of being the country with the most HIV infections.

But when researchers led by Lalit Dandona, an epidemiologist at the Administrative Staff College of India, ran a population-based survey, their data suggested that the real number could be as low as 3.5 million.

Dandona's group gave HIV tests to as many people as would consent to the study in one district of Andhra Pradesh state. Based on their estimate, only 47,000 people in the district are HIV-positive, less than half of the official estimate of 113,000 people. The team then calculated an adjustment factor for this bias from their data, then applied it to data from other states, arriving at their substantially lower number for the country.

"We were very surprised," says Dandona. "Before we released this to the public, we spent a lot of time making sure we were not underestimating."

Other epidemiologists say that they're not surprised the official estimates are off.

Sentinel surveys are great for tracking trends—to pinpoint sites where infections are rising, for instance—but they're not ideal for predicting absolute numbers, he says.

One explanation for India's overestimate may be that the poor are more likely to be infected than are the wealthy, and a higher proportion of the poor go to public clinics.

Officials are still mulling over the implications of the study. UNAIDS expert Peter Ghys says population-based surveys in other states indicate that the birth clinic HIV rates accurately reflect HIV infections in the general population.

India's National AIDS Control Organisation adds that it is reviewing the methods but is not likely to conduct large population-based surveys because they are too expensive.

Posted by Unknown at 10:01 AM
Email ThisBlogThis!Share to TwitterShare to FacebookShare to Pinterest