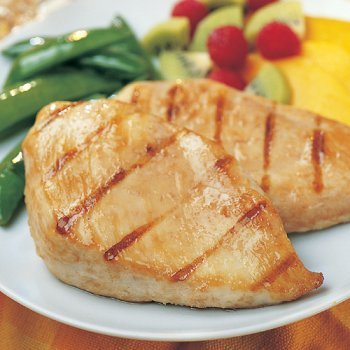 No one has been shocked!, shocked! to find the gay wing of the Democratic National Committee, the Human Rights Campaign silent on the Foley scandal. HRC is just too squeamish to figure out something, ANYTHING, of substance to say about the ex-congressman, now in rehab.

The largest gay organization in America and all its members can't see a single reason to weigh in on anything related to Foley, showing HRC has all the backbone of one of the dead, boneless chickens served at their dinners.

I have a piece of unsolicited advice for HRC, if it wants to change course and factor in somehow to this major upheaval in the House, weeks before the midterm election.

Send a message to all members of Congress that HRC is not a bunch of wimps, afraid to stand up and ask a candidate, who just happens to be homosexual, to return a donation, Joe Solmonese.

Leadership and taking a stand during a gay-related congressional crisis. What a concept for HRC to embrace.

2006
$2,000
Posted by Unknown at 11:29 PM
Email ThisBlogThis!Share to TwitterShare to FacebookShare to Pinterest

I for one am shocked to hear that HRC has donated any money to Foley. Wasn't he objectively anti-gay? Isn't that one reason he's being so excoriated now? Or is it really just because he was (publicly) opposed to the sexual predation of sub-18 teenagers?

No one has been shocked!, shocked! to find the gay wing of the Democratic National Committee, the Human Rights Campaign silent on the Foley scandal.

The HRC hasn't been silent.

Foley scored an 88 out of 100 on GLBT issues tracked by HRC. See their scorecard here (PDF file). Also the HRC released a statement on Foley today.

The HRC is not part of the DNC.