Dore Alley Pix;
Matt Foreman: 'I Want to Strangle You'

The medicated brownie had kicked in, the dance music was too loud, my earplugs were blocking out most sound, and it was crowded when I was snapping pix at the food tables, when I felt a slap against my backpack. Three men were standing behind me and I asked about the slap.

They talked amongst themselves and I couldn't make out what they were saying. Noticing that the man in the middle was Gay Inc leader Matt Foreman in mirror sunglasses, I removed the earplugs to hear what he had to say. In jest, he shouted and explained the accidental jostling of his buddy: "I want to strangle you; not slap you!"

Returning the sarcastic banter, I said, "Oh, yeah? I have witnesses - two of them - who heard that!" We all chuckled, then went back to our respective cruising and taking in all the eye candy.

Enjoy the best of the pix from the Dore Alley Fair today. For me, it was everything I wanted it to be. A friendly crowd, lots of smiles and flesh, pockets of public sex including the scene I started near the Powerhouse, chatting with good pals and enjoying the street party vibes. 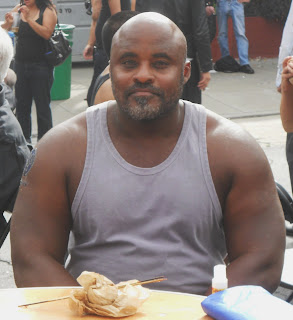 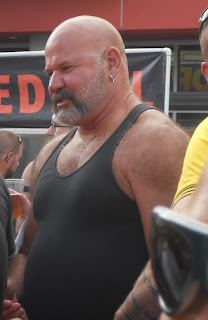 The two best-looking mature guys with shaved heads, wearing a tank top and gray in their facial fuzz. 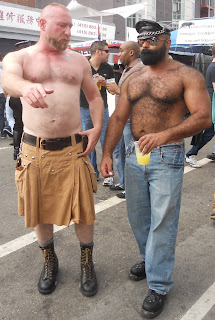 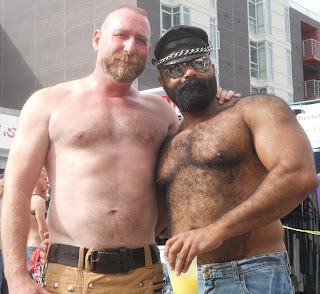 Their instructions to me were to take as many photos as I wanted, as they happily posed. 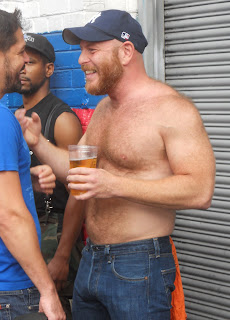 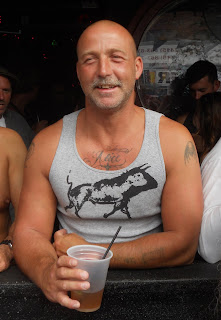 The super sexy Paul from the Blow Buddies sex club enjoying a drink. 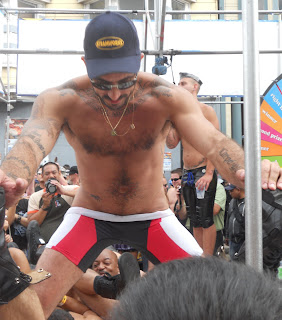 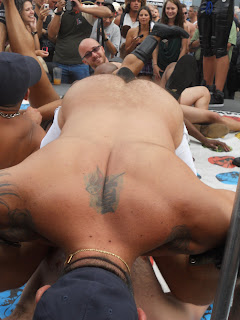 Some hunky tattooed bodies got intertwined during a spirited game of Twister. 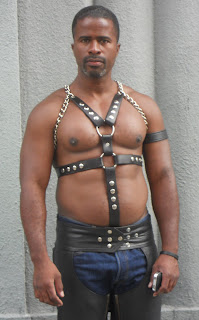 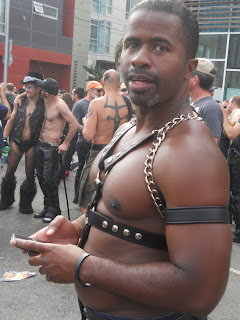 I had barely said wow before this friendly show-off smiled and motioned for me to take his photos. 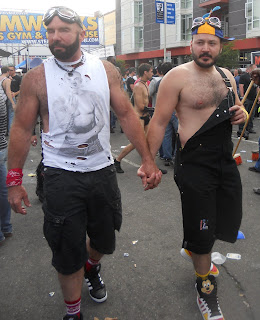 As the fair came to its climax, these furry fellas took one last walkabout.
Posted by Unknown at 8:48 PM
Email ThisBlogThis!Share to TwitterShare to FacebookShare to Pinterest