'The Mill and The Cross'
Brings Brueghel Painting to Cinematic Life

In the summer, Graham shared the news of his medical woes and said he didn't want the details known before the festival began because it would have cast a pall over the screenings and related events. What a damn classy dude he was!

Putting the audience and all the filmmakers and our wishes first for another fabulous cinematic survey of world cinema, and waiting for the right time to engage his friends and fans with the info about his impending demise. 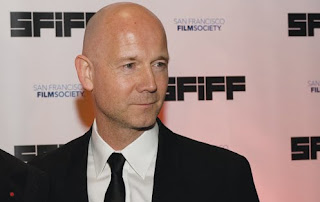 What did Graham see in "The Mill and The Cross" that brought him to speak before it was shown? The same visuals all who watch it see. A look at Peter Brueghel's epic painting "The Way to Calvary" and the lives and experiences of people in the painting, depicted with beautiful costumes, glorious cinematography, stunning compositions and accompanied with a melancholic sound design and musical score.

I'd like to think Graham graced the screening with his presence and wisdom, with Majewski standing at his side, to present it to us as the cinematic gift that is this masterful film.

The movie is the epitome of the European art film, both as a work of cinema and an exploration of the creative process behind a major piece of museum art. Think "Russian Ark" only instead of a survey of many masterpieces hanging on the walls, this time it's an immersion into a single classic work of art.

It stars a finely grizzled Rutget Hauer as the painter, the refined Michael York as his wealthy patron and a mesmerizing Charlotte Rampling as the model for the Virgin Mary in the painting.

Having seen it second time last night at the Embarcadero Cinema, where it's playing for one-week, I can report the film bears rewards for a repeat visit and I'll see it a third time before its run is over.

(Photo of Graham Leggat credit: Michael Guillen, The Evening Class.)
Posted by Unknown at 9:00 PM
Email ThisBlogThis!Share to TwitterShare to FacebookShare to Pinterest