If you have a blog or post messages to lists and web site concerned with LGBT citizens everywhere and the violations of our human rights, please take some time in the next three days to do something and call attention to the plight of Pegah Emambakhsh, a lesbian from Iran who faces deportation from the UK, and certain danger if returned to the Islamic Republic.

Time is very much of the essence here, as this note makes clear: Pegah faces a flight back to Tehran in just three days:

Michael ... I have just heard that Pegah Emambakhsh is to be deported by the British Government on Thursday August 23 on the British Airways flight to Tehran (BA 6633) which departs from London Heathrow at 21:35.

It is 11pm in UK right now, so little chance of getting any further info today. But I will try to get an update Tuesday morning.

I've been asked by Iranians, gay and straight, human rights activists, and friends in San Francisco to get the word out about Pegah's case, especially on political blogs.

Feel free to cut and paste the text here, along with the photos, and share the words and images through your social and web networks.

This story appeared on August 17 in The Star UK:

AN IRANIAN lesbian who faces imprisonment and almost certain death because of her sexuality if sent home back home has been given an 11th hour reprieve [...]

Her supporters from Sheffield ASSIST - the Asylum Seeker Support Initiative - said they were relieved at the news, because for Pegah to be returned to Iran was "tantamount to a death sentence".

Ann Campbell, from ASSIST, said last night: "We are all either on a high or exhausted!

"The plane was taking off at 9.30pm last night and this only started on Monday so it's been a mad four days. Although all we have effectively done is buy some time - we don't know what will happen next - we now have time to get our forces together."

Pegah, who is suffering with mental health problems and suicidal thoughts as a result of the stress, has now been returned to Yarlswood detention centre in Bedford where she was taken after being arrested in Sheffield on Monday [...]

The 40-year-old Iranian - described by those who know her as "charming, incredibly kind, honest and intelligent" - sought asylum in the UK in 2005. She had escaped from her home country after her partner was arrested, tortured, and subsequently sentenced to death by stoning.

Her father was also arrested, interrogated and tortured for information on her whereabouts [...]

She said: "She endured an unhappy arranged marriage, she is filled with guilt about what has happened to her father, and she is not able to see her two sons [...]

A gay Iranian woman came within minutes of being put onto a non-stop flight to Tehran at Heathrow this evening as the UK Government’s Border and Immigration Agency (BIA) – part of the Home Office – went through the final process of deportation.

It was only the late intervention of the office of Sheffield Central Member of Parliament Richard Caborn – the Minister of Sport – that prevented the deportation today [...]

If returned to Iran, Ms. Emambakhsh faces certain imprisonment and possible execution by stoning. Her ‘crime’ – she was in a lesbian relationship [...]

“The BIA will be committing a serious miscarriage of justice and human rights violation if they insist on Ms Emambhaksh’s deportation,” the group pointed out [...]

Just to let you all know that I have been working on this case, advising and assisting Pegah's support team on legal issues, campaign strategies, new solicitors, new evidence, expert witnesses, fresh claims and injunctions.

Everyone is doing their best. Protests will be helpful, but the legal side is the most crucial right now. 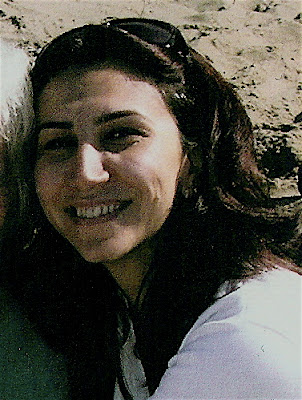 You have the power to spread the word and help save Pegah from deportation to Tehran and torture. Please do what you can to increase global awareness of Pegah and her need to remain in the UK.
Posted by Unknown at 9:47 PM
Email ThisBlogThis!Share to TwitterShare to FacebookShare to Pinterest

It would be helpful if you gave Internet links or TOLD us what else to do besides a vague "do something" that leaves us helpless if you don't give us phone numbers, email addreses, URL's, or whatever to help her out. Call who? Write who? Protest where? Email who? Come on!! Shrill calls for action without detail are just ADD on parade -- Get detail-oriented if you want results!!

I repeat: you can start to do something by sharing the information posted here about Pegah. You might contact the folks at Human Rights Watch and IGLHRC regarding your concerns to do more on behalf of Pegah.

I wrote to the British Consulate, which you can find at http://www.britain-info.org/sections/articles_show_nt1.asp?d=3&i=104&L1=41003&L2=1&a=26272, and they let me know that they had passed my letter to the appropriate person. Please let people know this is one thing they can do.

I think I am sick to my stonmache knowing that they can send a woman to her certain death. I would sponsor her to come tto America if they would take her. She needs help and I can't understand why another country has not stepped up to welcome her. What have I been fighting for all my life if not to make it better for other GLBT? Shame on the UK for being heartless homophobics. Germany has a law to protect her can anyone get her there? Even here in the US we have laws to help people oppressed and in danger. Get her out of the UK to a country that will help her live.
Cara Gubrud

I am shocked and ashamed of the UK for their homophobic heartless attitude. I say get her to a country that will protect her like Germany, Norway or the US. I would sponsor her gladly if she could get into the US. I think that she needs protection and for the UK to send her to certain death is infuriating and disgusting to me. I have fought for years against the oppression and hate of my fellow GLBT family and I feel helpless here. I have sent emails and letters and want to do more. Can we get her to the US for sanctuary? Will the UK not help find a country at least willing to take her? I mean do they think her partner being killed was a joke. These admin people need to lose their jobs and the British people need to act NOW!! Please tell us what else we can do. I will do anything to save my fellow sister.