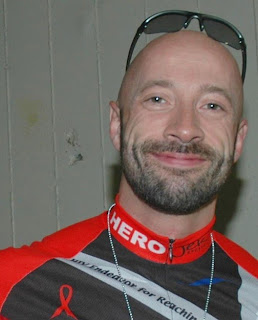 It has been more than a decade, if not longer, since House Speaker Nancy Pelosi has taken the time to meet with local LGBT constituents in a setting open to the press and the public. [...]

Apart from private meetings with local LGBT leaders, and carefully stage-managed events where the local press is given limited access to her, Pelosi has not held an open town hall with her LGBT constituents in some time.

Her spokesman in D.C. dodged the B.A.R. 's questions on when, if ever, Pelosi had held an event similar to Speier's town hall this week.

In a terse e-mail reply, Drew Hammill wrote that, "The speaker regularly sits down with community leaders for an in-depth and candid discussion about LGBT priorities in Congress."

If Hammill speaks the truth, I'd like to know where and when those sit-downs with Pelosi happened.

While I understand Pelosi has many duties and demands on her time, and she can't be expected to hold regular public meetings with gay constituents, I don't understand why her top staffer in San Francisco has failed to hold a single town hall meeting.

Dan Bernal, who is openly gay and also open about living with AIDS, is Pelosi's longtime district manager, and no gay reporter or activist I have spoken with can recall him organizing any public forums with local gay and PWAs. I would think, given the deep concerns among gays here about the continuing failure of Congress to pass ENDA, repeal DADT and a host of other gay and HIV issues, that Dan Bernal would exert time and effort to publicly engage the community, and regularly too.

I was tipped off yesterday to a very interesting bit of news related to Dan Bernal and how he spends his Thursday evenings. Every Thursday night, he is at Gold's Gym in SoMa leading a spinning class, from 7 to 9 pm. He'll be there tomorrow, spinning for gym patrons, and the following week, the week after that, and as far as I can tell from the gym calendar, every week this year.

If Dan Bernal has so much free time in the evenings that he can make a solid commitment to _weekly_ public gym classes, why can't he also find the time to finally start organizing and holding regular _monthly_ meetings with the local gay and AIDS communities? I'd like to know what his reasons are for never publicly engaging the wide spectrum of local gay and PWA constituents, at town hall meetings.

As important, it's time to start demanding that our Gay Inc leaders, who are pretty lousy themselves in the public forums' department, put some pressure on Dan Bernal to do less weekly spinning, and devote some time to speak and listen to the San Francisco gay community.

(Hat tip: J.B.)
Posted by Unknown at 2:50 PM
Email ThisBlogThis!Share to TwitterShare to FacebookShare to Pinterest

If you're implying that Dan Bernal avoids the community, you're wrong. At the training I attended for No on 8, he was there in an official capacity, and I approached him after the training. The particular subject I wanted to talk about was setting up a mechanism for victims of identity theft to get new social security numbers, he listened, he gave me his card, and he asked me to contact him when we weren't bogged down fighting prop 8. I thought he was very responsive, and welcomed the fact that he was prioritizing fighting prop 8 over other issues at the time. Just my $0.02.

i'm glad that you received good services and communications with dan, two years ago. and i'm happy he was involved in the no on 8 fight.

however, dan has been derelict in setting up regular open-to-all gay community forums.

if he has time for weekly gym classes, he should also have time for ongoing public discussions with SF's local gay community.