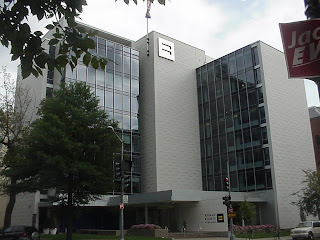 Crain: March on DC?
Yes, to Protest HRC
The former publisher of the Washington Blade, Chris Crain, who must live abroad because he can't marry his foreign-born partner and have him live in America legally, and with whom I've had a sometimes adversarial acquaintance over the years, today receives a big dose of gratitude for slamming the latest b.s. from the Human Rights Campaign.

I've been writing for years and years about the tragic willingness of those in "leadership" roles of the gay rights movement to cut deals that betray their supposed constituents. Joe Solmonese and David Smith of the Human Rights Campaign are archetypes of this pathetic trend -- grossly overpaid lobbyists who spend far more political capital lowering the expectations of gays on behalf of the Democratic Party than they do pressuring for equality in Washington.

Thanks to a report for the Daily Beast by Jason Bellini -- formerly with Logo -- we have yet another pathetic example of HRC's betrayal of the movement, agreeing not to press for repeal of Don't Ask Don't Tell until next year:

Don't say I didn't warn you. HRC and the Democrats have been promising (with no plan to deliver) passage of a hate crime law and Employment Non-Discrimination Act for more than a decade, including before the 2006 election, and yet we are still expected to be satisfied by these same civil rights crumbs for the entire first year that Democrats are firmly in control of Washington. ...

Damn, that sure is a lot of truth-telling, again, from Crain and it's likely causing some additional grief for HRC, in their plush headquarters on Rhode Island Avenue. Crain ends his post with this endorsement:

Count me in for another March on Washington -- let's just make sure the HRC building is included on the protest route.

Finally, after complaining all week about the incredibly dumb idea to stage another party in, er, protest march on DC, I may have reason to rethink my opposition to the march.

If the proposed October march is going to target one of the most obstinate and biggest obstacles to LGBT equality over the past two decades, HRC, it could possibly break the logjam in Washington that currently stalls progress for us.

Hey, Chris. Glad you're back to blogging.
Posted by Unknown at 10:40 AM
Email ThisBlogThis!Share to TwitterShare to FacebookShare to Pinterest

here, here. thing is, what will break the logjam? surely not another organization...we don't need another one! what we need are grassroots activists and/or people who will hold our national 'leadership' accountable once and for all. that is hard to do given hrc's massive $40 million budget. they have a large microphone/propaganda machine. I do think the lgbt blogosphere, even if it is sometimes too self-contained, helps get new ideas out there and can spread the word quickly when our national leadership is failing us (see ENDA). What I would like to see are coordinated efforts outside of HRC to lobby Congress. But that is difficult, not only for LGBT issues but for other interest groups that only have one or two national organizations to rely on for lobbying power.