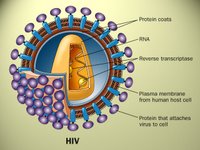 This is the real adversary... 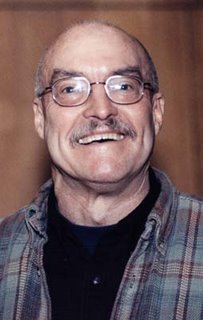 
The Bay Area Reporter deserves much praise from the gay and AIDS communities today for the paper's news story and editorial on a federally-funded HIV community advisory board that is terrified of sunshine and public participation and scrutiny.

The balanced and informative story, written by reporter Matthew S. Bajko, and the fantastic "time to hold the CAB accountable to sunshine ethics" editorial, penned by editor Cynthia Laird, delve into the efforts of longtime AIDS activist Hank Wilson and myself to attend the CAB's meeting this week, and to also get copies of the CAB's minutes, and the responses from HIV vaccine expert and government employee, Dr. Susan Buchbinder.

It says a lot about what is wrong with San Francisco's AIDS Office and HIV researchers, who receive millions in taxpayer dollars to conduct vaccine trials, that the affected communities are not granted the privilege of observing the CAB's work and that researchers are putting tremendous energy into keeping the public away.

Someone needs to remind the CAB members that the adversary we all must fight is HIV, not activists who wish to learn more about the CAB's inner workings.

Here are choice excerpts from the BAR story, followed by passages from the paper's editorial:

A policy by an advisory panel on HIV research made up of community members not to allow the public into its meetings has prompted a complaint with the city's sunshine task force.

The health department's HIV Research Section Community Advisory Board last week posted the time and location of its latest meeting (Tuesday, September 19) on its Web site after AIDS activist Michael Petrelis had inquired about where and when the CAB met. But a day after posting the information, research section staff deleted it and posted a note saying that the CAB meetings "are private and open only to members." [...]

"Maybe it's time for the C in CAB to no longer stand for 'community,' but instead 'closed.' Let's be honest this CAB is a Closed Advisory Board," said Petrelis in an e-mail.

Dr. Susan Buchbinder, director of the research section, initially had informed Petrelis he would receive the information he had requested by Tuesday. But by last Friday, she sent him an e-mail saying she would in fact not be producing the records and that CAB meetings were only open to members. She also said federal guidelines do not require the CAB to hold open meetings.

In a phone interview this week, Buchbinder defended the closed-door meeting policy, saying it is needed in order to protect both the private health information of CAB members as well as proprietary information about the companies involved in the research that is shared with the CAB. The department currently has two research projects under way, one an HIV vaccine trial and the other an efficacy trial on a potential new HIV prevention tool.

"We are allowed to do that. It is a closed meeting with a small group of community members who have gone through an extensive training program so that allows us to delve into deeper issues in our research," said Buchbinder. "In exchange the companies that make the vaccines we test allow us to discuss with our CAB information that would otherwise not be publicly disclosed." [...]

The complaint committee of the city's Sunshine Ordinance Task Force is set to hear Petrelis' complaint on October 10. Frank Darby, the task force's administrator, said he was unsure if the CAB falls under the purview of the city's open meeting laws. He said it depends on if the CAB is deemed a policy body or a passive body if it must allow the public to attend its meetings.

"Right offhand I don't know myself what the status of that body is," said Darby. "If it is a passive body it may not be open to the public." [...]

Buchbinder declined a request from the Bay Area Reporter to attend Tuesday's meeting, saying only CAB members could extend an invitation. She did agree to ask the CAB if a reporter could attend its next meeting to discuss the closed-door policy. [...]

Longtime AIDS activist Hank Wilson, who also attempted to attend a CAB meeting, said the meetings should be public.

"They should have as a given a public comment period and anyone from the community is welcome to come and make a statement or ask for feedback. It shouldn't be a controversy at all. To me it is shocking to find out that this isn't in place," said Wilson, who was threatened with arrest for trying to speak at a CAB meeting several years ago. "We have a right and certainly a responsibility to monitor what is happening to us." [...]

And here are sections from the Bay Area Reporter's terrific editorial about sunshine ethics and the HIV vaccine trials CAB:

San Francisco is one of the most progressive cities in the country – supposedly open to every opinion, and having a public commission or advisory board for just about every agency – but you wouldn't know it from the way the folks over at the Department of Public Health are shutting out citizens from their community advisory board meetings. The health department's HIV Research Section Community Advisory Board has been up and running for several years, but when local gay activists Hank Wilson and Michael Petrelis starting asking about the body, it was revealed that Dr. Susan Buchbinder, who runs the CAB, doesn't want the general public to attend its meetings.

Buchbinder, in an e-mail to Petrelis, said it's the health department's view that the CAB "is a private volunteer group of community members. It is not open to the public." Never mind that the CAB was established as part of a federal National Institutes of Health grant. And never mind that Buchbinder sits on not one but two NIH-related AIDS advisory committees. And never mind that the www.bethegeneration.org Web site has listings by city (under the heading "Get Involved") for those seeking to participate in AIDS vaccine efforts, including joining a CAB in San Francisco. [...]

Now, Buchbinder maintains that the CAB isn't public. We disagree. And while we haven't heard a definitive answer yet from staff of the city's Sunshine Task Force, it's just good public policy that the CABs should be open to all, whether its required by the city's administrative code or not. By its very name, a CAB implies "community."

This lack of transparency, however, is nothing new at the health department. Back in 1998, the B.A.R. filed a complaint with the city attorney's office about the HIV Prevention Planning Council after the paper alleged that the HPPC violated the state's Brown Act. After two months of legal research and discussion, the council finally voted to abide by the state's open meeting law. The city attorney's office said at the time that because of the unique way the HPPC was established – as part of a grant requirement by the federal Centers for Disease Control and Prevention – it did not legally have to follow the Brown Act. So, while there does seem to be murky legal ground with respect to committees run by DPH, we think the input the research section CAB receives from the community would be beneficial. But that's not happening right now.

Thanks so much, Matthew S. Bajko and Cynthia Laird, for letting the BAR's pages serve as a small dose of disinfectant sunshine over the musty and secretive CAB.
Posted by Unknown at 9:44 AM
Email ThisBlogThis!Share to TwitterShare to FacebookShare to Pinterest