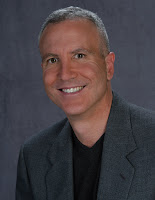 Prop 8 Leader's 2-Week Vacation
in Spain During the Campaign
Now that the battle for gay marriage equality through the ballot initiative process has been lost, I am ready to laugh at something that caused me concern and worry by one of the leaders of the No on Prop 8 effort. In the crucial summer months of the intense campaign, one leader went on a two-week holiday.

In a story in the Bay Area Reporter on June 19, about the upcoming tranny-led protest of the annual local Human Right Campaign gala over ENDA and which gay leaders would attend the demonstration, we learn that one leader was heading out of the country:

Geoff Kors, executive director of Equality California, said he would not be in attendance at the dinner because he'll be on vacation in Spain for a two-week trip that's been planned for a year. He said he did not think the dinner boycott would impact his working with HRC on the amendment fight.

"HRC has been an active part of the campaign to defeat the amendment. We have a long fight ahead of us and I think we will all join hands to fight it together," said Kors.

When I first read that back in June I thought how odd that Kors wouldn't be around during the summer of what was to be a fight for our lives and equality, I was pissed off.

It's unfair of me to do what I did, but I thought a two-week excursion to a foreign land in three months leading up to the vote in November is not what Harvey Milk would have done the summer of the Briggs Initiative.

Reading the BAR story now, I chuckle and hope Kors had an excellent vacation and returned tanned, rested and ready for the final stage of the election.

FYI, the HRC dinner in SF was held on July 26. That means, with little more than three full months on the calendar to defeat a statewide gay measure, the key leader was heading off to see if the rain in Spain was falling mainly on the plain.

Many years ago, after Walter Mondale was anointed the Democratic Party challenger to oppose Ronald Reagan's reelection, he didn't hit the campaign trail. Where did he go? A recent article in the Boston Globe provides the answer:

The presidential campaign trail is littered with vacation mishaps. Dayton Duncan, deputy press secretary to Walter Mondale, the Democratic nominee in 1984, and press secretary for Michael Dukakis, the party's nominee in 1988, said Mondale took time off after the Democratic convention to go fishing in northern Minnesota because he needed a break. Four years later, Duncan said, the Dukakis team decided Mondale's holiday had cost him valuable time.

Memo to politicians and campaign leaders: It's not a good idea to take a vacation during the summer months of a campaign. You might regret not spending the time working on the election.
Posted by Unknown at 2:11 PM
Email ThisBlogThis!Share to TwitterShare to FacebookShare to Pinterest