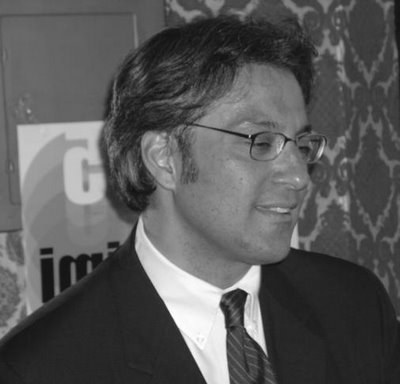 At the San Francisco Board of Supervisors' meeting today, Supervisor Ross Mirkarimi, an all-around good guy and veteran progressive advocate who just happens to be Iranian American, introduced this resolution for consideration by his colleagues.

The supervisors now have one week to weigh the merits of it, and the resolution will come up for debate and vote at the next full board meeting, August 15. If you live in San Francisco, contact your supervisor and ask him or her to vote for this crucial resolution.

For people who don't reside here, please ask your local city council or state and federal elected officials to pass similar resolutions, or lobby them to issue statements calling on the U.S. State Department to immediately deplore the potential female stonings and other pending executions in Iran.

I wish to call everyone's attention to the efforts of Lily Mazahery, an Iranian American lawyer advocating to save the lives of women in Iran facing death by stoning.

Mazahery has launched a web site about these women, and has also interviewed the lawyer for Ashraf Kolhari, and the transcript of their talk is posted here.

Please feel free, and I emphatically encourage you, to cut and paste the Supes' resolution, or the information from Mazahery's site, on your own blog or web site. Get the word out that now is the time to open our mouths and say, in loud and clear voices, "No stoning of women!"

WHEREAS, In May of 2006 it was reported that Abbas Hajizadeh and Mahboubeh Mohammadi were executed by stoning for committing adultery and that more than 100 members of the Revolutionary Guards and Bassij Forces participated in the stoning; and

WHEREAS, Ashraf Kolhari and Malak Ghorbany have been sentenced to death by stoning for committing adultery; and

WHEREAS, Kolhari had an extra-marital affair after her divorce request was rejected by the court, reportedly on the basis that she has children; and

WHEREAS, Article 83 of the Iranian Penal Code states that the penance for adultery by a married woman with an adult man is execution by stoning; and

WHEREAS, Article 72 of the Iranian Penal Code and Article 4 of the Implementation of Execution Law state that if a person confesses to adultery and repents that the case must be referred to the Parole Commission and that the Judge can ask for pardon by the Supreme Leader; and

WHEREAS, Ashraf Kolhari has reportedly written to Ayatollah Shahroudi, the Head of Judiciary, asking for forgiveness, but there has been no report on Shahroudi considering the request for a pardon; and

WHEREAS, In December 2002 Ayatollah Shahroudi issued a ruling to judges ordering a moratorium on execution by stoning, yet the practice has continued despite the Islamic Republic of Iran’s promise to ban such violent and inhumane forms of punishment; and

WHEREAS, The United Nations Human rights Committee has made clear that treating adultery and fornication as criminal offences do not comply with international human rights standards; and

WHEREAS, Iran is a member of the International Covenant on Civil and Political Rights, which has officially called for the banning of stoning and other cruel and inhumane methods of execution; and

WHEREAS, On July 22, 2006, the Iranian Embassy in France announced that Malak Ghorbany’s case is being re-evaluated and her original sentence is expected to be revised; and

WHEREAS, That the Iranian government is reconsidering Ghorbany’s case because of international pressure has proven that symbolic statements such as this resolution can have a concrete impact; now, therefore, be it

RESOLVED, That the Board of Supervisors of the City and County of San Francisco urges the U.S. State Department to issue a strong condemnation against the Islamic Republic of Iran for its practices of civil and human rights abuses, executions of minors, homosexuals and adulterers, and executions by the barbaric and violent means of public stoning; and, be it

FURTHER RESOLVED, That the Board of Supervisors condemns the criminalization of private, adult consensual sexual relations.

A big thank you to Ross Mirkarimi, the other Supervisors, the many City Hall staffers and the Mayor, who have all expended political capital and energy on behalf of ending all executions in Iran and the USA. Let this resolution from San Francisco be the first of many across the land.
Posted by Unknown at 8:19 PM
Email ThisBlogThis!Share to TwitterShare to FacebookShare to Pinterest