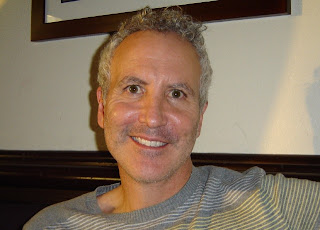 (Geoff Kors)
[Some of the following was on my mind and up for public debate at SF town hall meeting tonight. More straightforward notes on the meeting should be ready by morning. -michael.]

Oh, it's nothing, really. Just a little fear. The kind that comes having this week seen Geoff Kors, he who ran the Prop 8 campaign, lost gay marriage in CA, spent $45 million doing it, without leaving any tangible educational footprint.

Despite not being elected in any shape or form by the community he speaks for everyday, he has remained executive director of Equality California and positioned himself as a key decider in when we go back to the ballot box over gay marriage. And he sooooo does not inspire me in the least politically, while I also cannot accept him in a leadership role in any CA ballot prop fight, not if he can't organize basic town halls.

What the hell are we supposed to do about this nebbish who can't regularly meet with the San Francisco community, because the anger is still so deep against him over Prop 8?

This is not the sort of hobbled statewide leader we need at any time, and we cannot continue any further without discussing what to do about the problem known as Geoff Kors.

The month of June marks the 29th month before the November 2012 election when CA is very likely to have a gay marriage prop before the voters. And Kors will not be holding a town hall forum this month to engage the community, nor has he any announced plans to start monthly engagements with us.

This is an exact repeat of how Kors failed us in 2008. The man is afraid to hang out with his own local community, and he's gonna lead us in battle, with the months quickly passing away?

Let the record show, that with only 29 months left until CA voters again will return to the polls to cast ballots on gay love and marriage, Kors and EQCA have no public plans to began monthly town halls.

Hell, even if by some miracle all efforts at a 2012 marriage prop disappear and no ballot prop to organize around is before us, we still have the 2012 election bearing down on us in 29 months, and San Franicsco gays have not held a single organizing meeting about it yet.

Am I the only fag fearful of this frightening situation with Kors, and does anyone really think Kors repeating his non-engagement mistakes is gonna produce different results?

This is Gay-ja vu, all over again.
Posted by Unknown at 11:23 PM
Email ThisBlogThis!Share to TwitterShare to FacebookShare to Pinterest