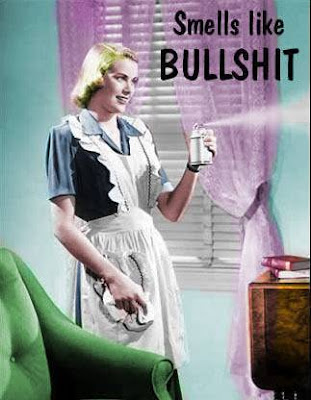 SF AIDS Fdtn: Gay Marriage = HIV Prevention
This comes as a shock to me, that marriage, or specifically gay marriage, may be an effective method of stopping HIV. I didn't know the foundation was touting gay marriage this way, till I read their release on queer nuptials:

The San Francisco AIDS Foundation applauds the recent California Supreme Court decision to overturn the state’s ban on same-sex marriage, an important step towards equality for all Californians. The Foundation strongly supports marriage equality both because it is an important civil rights issue, and because there is emerging evidence that suggests gay marriage may be an effective HIV prevention strategy.

To their discredit, the foundation's brain-trust didn't see fit to link to any actual scientific proof to back up their startling claim, but it is certainly in keeping with AIDS Inc in San Francisco making pretty unbelievable predictions related to HIV, and offering little to nil proof.

I do give the foundation executives a tip o' the hat for how craftily they worded their statement with qualifiers. Data is "emerging" and it "suggests" there "may be" a link between averting new infections among gay men, and a piece of paper.

Hey all you brainiacs at the foundation, do me a huge favor, please. Link to the emerging evidence and defend your statement with hard proof. There are plenty of specious arguments being made by the rightwing about gay marriage, we don't need AIDS service organizations making bogus claims.

And if SF AIDS Foundation leaders endorse gay marriage as HIV prevention, will they next champion abstinence until marriage?
Posted by Unknown at 3:50 PM
Email ThisBlogThis!Share to TwitterShare to FacebookShare to Pinterest

Thanks for posting this. I wonder if you'll get any response from them.

From my friend Bob in DC:

But Michael, it's EVERYWHERE -- look at how protective marriage is in Africa, well, maybe among Christians. But seriously, you don't expect CA homos to have sex outside of marriage do you? And doesn't the CA marriage license come with matching gender appropriate chastity belts, with the lovely CA bit of technology where it can only be opened with the security thumbprint or eye scan of the beloved?

And this is from my pal Ken here in SF:

Michael, my dear friend...if you haven't done it, you don't understand. Until you stand before a minister or other person and say "I DO", you don't understand what a life changing event marriage is. You are promising no more nights at the Endup or Blow Buddies...and that this is a serious commitment.

Calm down....besides part of the PR is for straight people. They want to think that married gays are not having any fun either.

Michael,
This is as bad as Al Gore stating he thought gay marriage was a good thing because it would "help alleviate the problems which promiscuity perpetuates." Michael Warner was spot on when he suggested in The "Trouble With Normal" that a pursuit of marriage equity would result in a reinforcement of hierarchies of shame and stigma rather then the acknowledgement and celebration of sexual variance.
The last thing we need is a toleration of gay men as long as they behave themselves attitude, but rather an acknowledgement that sex and risk exists and a way to combat shame, stigma and isolation.

imo, it's plausible to imagine, oh, let's just say a half dozen people staying hiv negative thanks to the recent turn of events. but it rings of premature wishful thinking skipping thru the tulip field, especially when we know the scientific hiv research community shares its objective findings and doesn't have time to play around

Thank you for this news - I am one that believes same-sex marriage can lead to HIV prevention BUT, like most successful marriages, with the support of a community - a social system that encourages the fruition of that union - in this case, religion. There are many churches arising supporting same-sex desires - this may be a great place for couples/same-sex - to find support in their marriage (union.)