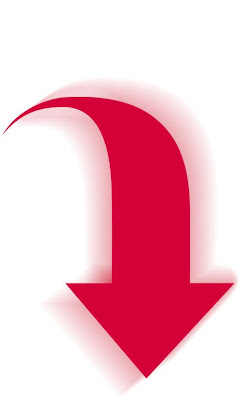 SF DPH Report:
Big Declines in 2007 Gay STD Numbers
In late January the SF DPH released the last monthly STD report for the city. The very encouraging preliminary year-end numbers for 2007 showed extremely welcome news of falling STDs across the board, except for HIV stats at the city's main STD testing site.
Then on February 21 DPH released the January monthly surveillance report, which included analysis of the raw figures for 2007.

The monthly report omitted discussion about adult male shigellosis, which fell by 20%, from 99 to 78 cases; speed-related visits at SF General Hospital for males fell 17%, from 488 down to 402; for female visits there was a drop from 113 to 111.
The HIV figures from the primary STD testing site on Seventh Street, which are not the full numbers for the city but certainly represent a significant portion of the tests and results that comprise the city's overall HIV infection rate, increased by 12 percent, from 102 to 115.
However, the figure for number of antibody tests performed at this one clinic skyrocketed 58%; from 3,097 to 5,283. I think we can safely attribute the rise in HIV infections to the corresponding jump in tests.
The STD numbers, and probably the HIV stats too, are on a downward spiral in the double-digits, a positive development in the control and prevention of sexual infections, in a city where the overwhelming majority of STDs are seen in the gay and bisexual male communities.
But the double-digit drops are not of any particular interest to the many HIV and gay health groups in town, a judgment based after surveying their web sites and finding no mention of the plummeting figures.
You won't find a word about the falling infections at the site for the Stop AIDS Project, SF AIDS Foundation, SF Gay Men's Community Initiative, Magnet, UCSF Center for AIDS Prevention Studies, UCSF AIDS Health Project, UCSF AIDS Research Institute, or the Gay and Lesbian Medical Association.
Given the hopeful new stats illustrating lots of sexual safety and responsibility occurring among gay men, I would think especially after the worldwide media hysteria and gay community bashing generated by UCSF's staph infection study and press release, that HIV and gay health organizations would find a way to finally say something positive about gay men. But they all remain stonily silent about the decreasing 2007 STD numbers.
Actually, I wish someone would remind me of the last time these professional and well-financed health advocacy organizations said anything nice about gay men in San Francisco. Is there a commandment that says "Thou shall never offer positive reinforcement of responsible sexual practices of male homosexuals"?
I wish DPH and AIDS Inc would explain to me why they never offer a pat on the community's collective back for reductions in HIV and STDs, meth-related ER visits too. Here's a radical notion. DPH and its partners find ways to applaud the strengths of gay male health indicators in the near future.
It may be naive of me to say this, but I hope all the mainstream and gay news outlets that are on the DPH mailing list for STD reports soon cover the 2007 stats. Such media attention may be just the thing to force an end to the institutional complacency at HIV and gay health service groups.
Posted by Unknown at 3:30 PM
Email ThisBlogThis!Share to TwitterShare to FacebookShare to Pinterest

You should find out about a documentary on BBC2 a couple of nights ago on transsexuals in Iran. See if you can get a copy and watch it. It will probably be the saddest documentary about gays you have ever watched. In this film you see how gay Iranians resort to having their genitals chopped off to become a woman so that they don't get constantly arrested for being a gay. In the Islamic Republic it is not only legal to have a sex change but also you get half of the cost of the operation paid by the government. The reason is obvious. They don't allow homosexuality. But as they have conceded to the fact that there are people who are born naturally that way they have come to the Islamic solution of sex change. If I remember correctly, the surgeon who carries out the operations - a very kind man towards the gays, I must add- claimed he had done over 400 operations in the last ten years. He said he had many people who go to him to have the op. but he tries to put them off. One of those who took the operation, later became a prostitute. All of the ones interviewed said if they didn't live in Iran they wouldn't have had the operation. Why? Because they were not transsexuals: they were gays. They have basically been forced by the medieval and barbaric regime to say goodbye to sex forever. Iranian gays are living in hell. I really really feel sorry for them.