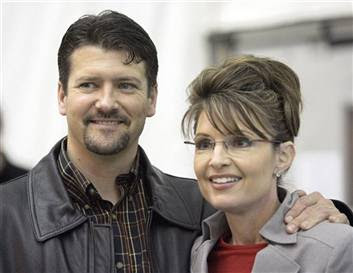 The FEC file for the first donation shows Palin listed her occupation as "housewife," and the FEC record for the other contribution lists her job a "homemaker."

I happen to think having either housewife or homemaker on one's resume is a plus, for a political candidate, but I stop short of saying that's reason enough to vote for someone.

The reason why I'm pointing out Palin's two FEC contributions is because the American voter needs as much information as possible, especially on paper, about the woman who may come to occupy Number One Observatory Circle, the home of the vice president, and is first in line to become president if McCain wins and dies in office.

Speaking as a Green Party/independent voter, I just don't see Palin's trajectory on the political going from housewife, to city councilor and mayor of Wasila, Alaska, then governor of the Last Frontier State, before progressing to nation's second-highest office. Her slim record and list of accomplishments, seem quite pale to me, when compared to Joe Biden, but that may not mean much to millions of voters.

We'll see how successful she is as a national candidate come November, in the meantime, it's a breakthrough in American politics to have a former housewife running on the 2008 GOP ticket.

Here are her two FEC files. Click on the images to enlarge them:


Posted by Unknown at 10:08 AM
Email ThisBlogThis!Share to TwitterShare to FacebookShare to Pinterest

McCain is very smart to add a housewife to the ticket, but she's against women's and queers' rights: "I am pro-life and I believe that marriage should only be between and man and a woman."

How much is abortion a woman's right? Aren't most abortions due to money considerations, and in those unhappy circumstances isn't the abortion decision usually foisted on the woman by the man or family with the excuse that "he", "she", or "we", can't afford a baby?
How many rich women get abortions?
What does that say really about a woman's "choice"?
Wouldn't it be more accurate to say women (most often of limited means) get abortions because they have run out of choices?

BTW Governor Palin was faced with the Alaska legislature sending a bill to her desk forbiding state benefits (health, pensions, what have you) to the spouse of gay couples, and she vetoed it.
Not because she approves of the gay lifestyle, but because she could see no way that such a discrinatory bill would be constitutional.

I'm not sure that you have the trajectory correct.

Sarah Palin was, in sequence:

The two donations from 2004 are from the period after she had been on the city council and mayor of Wassila, and on the commission.

Palin is reported to have said that if the Pledge of Allegiance was good enough for the founding fathers, it was good enough for her. Hmmmmm, and remember that George Washington's AIR FORCE ONE is at the National Air and Space Museum along with his red telephone with the wooden teeth marks on the mouthpiece.