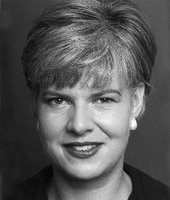 File this under small, but potentially significant. Democratic Wisconsin Rep. Tammy Baldwin, an open lesbian politician, has listed her partner Lauren Azar, as her spouse on at least one official travel disclosure form with the Clerk of the House.

In January Baldwin went on a junket to Israel paid for by the American Israel Education Foundation and Azar accompanied her.

The disclosure form asks for the name of the family member traveling with the representative, in this case Azar, and lists three choices in declaring the relationship of the traveling companion; spouse, child or other. Baldwin put an X next to the spouse option.

So on a certain level, the U.S. House of Representatives has recognized Baldwin same-sex partner, at least by the rules enforced by the Clerk of House for junketeering members and their spouses.

Baldwin trip to Israel this year was not the only instance when Azar traveled with the congressman on a junket. According to records obtained by the PoliticalMoneyLine, there have five other such trips. Seems to me the House has accepted on six occasions conferring official spouse status on the female partner of a lesbian member.

There's also one thing confounding the whole notion that Baldwin lists her lesbian partner Azar as her spouse on the forms, and that is, they're not hitched, or weren't in July 2003 when this bit of news appeared in The Hill:

> Since Ontario legalized same-sex marriage, Toronto, according to The New York Times, has become “the gay Las Vegas.” But Rep. Tammy Baldwin (D-Wis.), the only openly lesbian member of Congress, said she and Lauren Azar, listed in The Hill’s Congressional Directory as her domestic partner, aren’t heading north to tie the knot. And if they ever do, Baldwin said, they “would not share that with the news media.”

Can't think of a reason why she wouldn't want to garner some positive ink if she married her woman, but I could certainly understand if she did marry Azar and kept the ceremony off-limits to intrusion from the press.

Okay, for all I know Baldwin and Azar have not tied the knot since that appeared, or maybe they did and managed to keep it quiet. I'd like to think if these women took advantage of Massachusetts' gay equal marriage law, or any other jurisdiction's comparable gay marriage statutes, that they would be so kind as to inform the community.
Posted by Unknown at 10:15 PM
Email ThisBlogThis!Share to TwitterShare to FacebookShare to Pinterest