Ross Mirkarimi's August Art Salon and Gab-Fest Photos
Last Friday was the third Friday of the month, so it meant time for Supervisor Ross' monthly art party and community gathering in his City Hall office. I went to see old friends, meet new ones and snaps a few pics.

Mark your calendars: the third Friday of every month is an art show opening at Mirkarimi's Supe office and for a really good time, you should attend one of them. And let me grab a photo of you! 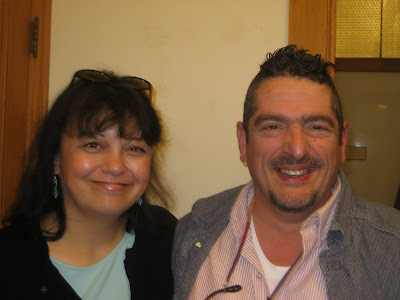 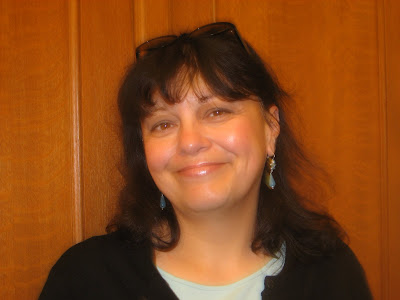 An Internet buddy of mine, Alexis Gonzalez from one of the local unions, and I both grew up playing, and loving, Laura Nyro's legendary album "New York Tendaberry." 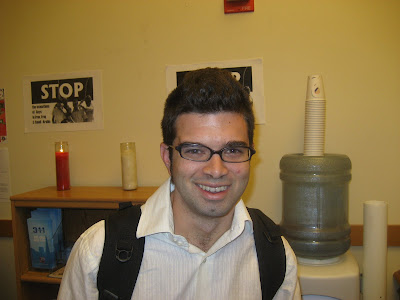 This trouble-maker and First Amendant advocate Josh Wolf, recently released from the federal pen and now running for mayor of SF. 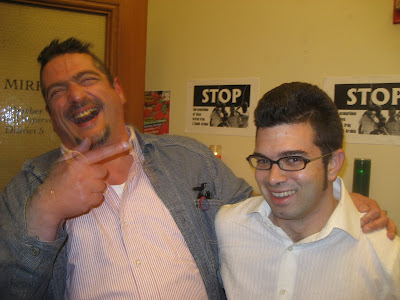 Josh tried to assure me he had the Mohawk and too-much-hair-on-top-of-their-head male vote, a laughable claim. 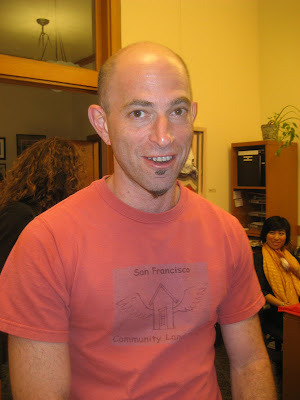 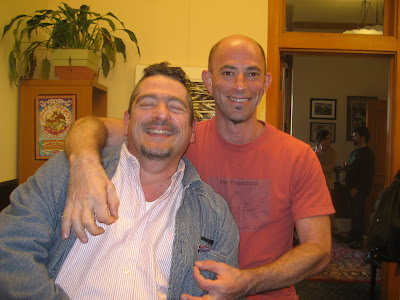 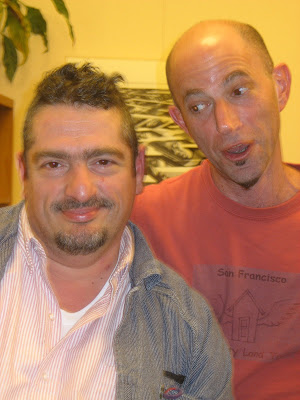 Honestly, I wasn't paying anything near close attention to what Marc was saying, probably something about the shaved-head male voting block. 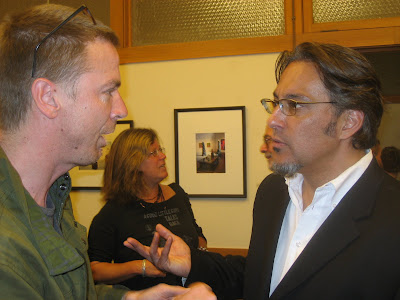 Photojournalist Luke Thomas, on the left, listening to Ross Mirkarimi make a point. 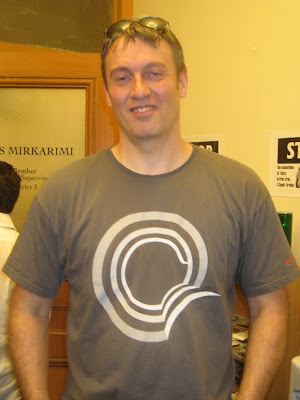 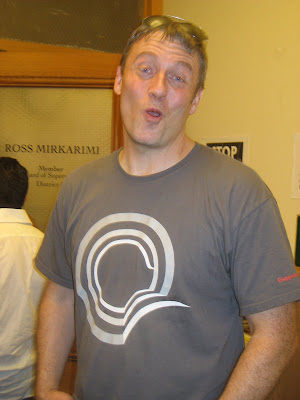 This is Craig and his tee shirt is from the Guggenheim Museum Gift Shop.
Posted by Unknown at 5:38 PM
Email ThisBlogThis!Share to TwitterShare to FacebookShare to Pinterest