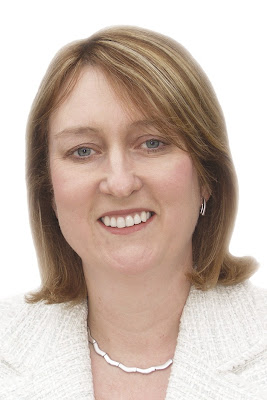 (Jacqui Smith, UK Home Secretary.)
Save Pegah - Write now!
An appeal has been issued by friends and supporters of Pegah Emambakhsh to write letters to the UK Home Office on her behalf, by Friday, August 24. Don't delay in contacting Home Secretary Smith with letters.
It is preferred that letters be faxed to her office in London, but don't hesitate to email letters or both fax and email letters.
Feel free to use the text below, which I encourage to rework and edit for your own letter, but just make sure you send a message to Home Secretary Smith, and include Pegah's Home Office reference number, which is: B1191057.
Send letters via email to:
smithjj@parliament.uk ; homesecretary.submissions@homeoffice.gsi.gov.uk .
Faxes should be sent to: + 44 (0) 207 035 3262.
And a big thank you from me to all who have already blogged about Pegah or sent letters to UK government officials, and to the many people who will write to Jacqui Smith by the end of this Friday.

August 22, 2007
The Right Honorable Jacqui Smith MP
Home Secretary
London, UK
Home Office reference number: B1191057
Dear Madame Secretary Smith:
I write today to beg you to grant Pegah Emambakhsh an immediate stay of deportation, allow her to remain in the UK, and permit her attorneys to submit new evidence regarding her request for asylum.
Ms. Emambakhsh is a lesbian Iranian national who sought asylum in the UK in 2005, but the claim failed despite appeals and authorities arrested her in Sheffield on Monday 13th August 2007. She now faces deportation to Iran on 27 August 2007 and I am deeply concerned for her, if the UK deports her to the Islamic Republic of Iran.

If returned to Iran, she faces certain imprisonment, likely severe lashings and possibly even stoning to death. Because of her lesbian identity, she is considered a criminal in her native country.
She managed to escape from Iran, after her female lover was arrested, tortured and subsequently sentenced to death by stoning. Her father was also arrested and interrogated about her whereabouts. He was eventually released but not before he had been tortured himself. These facts do not bode well for her personal safety, if the UK succeeds in deporting her.

Ms. Emambakhsh has a more than well founded fear of persecution if she is returned to Iran. She belongs to a group of people – gays and lesbians – who, it is well known, are severely persecuted in Iran.

According to Iranian human rights campaigners, many lesbians and gay men have been executed since the Ayatollahs came to power in 1979.

The UK Border and Immigration Agency (BIA) has chosen not to believe that she is in danger if returned to Iran, even though the UK government is well aware of the terrible situation that gay people face there.

The BIA will be committing a serious miscarriage of justice and a gross human rights violation if they proceed with Ms Emambhaksh’s deportation.
Please issue an immediate stay of deportation for her, so that her new solicitors can provide the Home Office with fresh evidence and testimony from expert witnesses.
Sincerely yours,
Michael Petrelis
San Francisco, CA, USA

Posted by Unknown at 6:42 PM
Email ThisBlogThis!Share to TwitterShare to FacebookShare to Pinterest